“For many years, NGOs and nuclear critics have warned that nuclear power stations pose dangerous threats during wars, as they provide tempting targets for military attacks. These concerns were routinely fobbed off by the government as being unrealistic and unthinkable.

But now the unthinkable has actually happened. On March 3 and 4, Russian troops shelled and occupied the Zaporizhzhia nuclear power plant in Ukraine. Apparently, little damage was done to the reactors as, thankfully, radioactivity levels were not increased. The shelling caused a fire in a nearby administrative building that was later extinguished. Two people were reported injured.

The plant is now being run by Ukrainian workers under the control of Russian troops. Of the plant’s reactors, unit 1 is permanently shut down, units 2 and 3 were recently turned off but are still being cooled, unit 4 is operating at 60% power, and units 5 and 6 are in low-power standby mode. Even greater dangers exist at Zaporizhzhia’s unprotected spent fuel pools and stores. Russian President Putin has given no assurances that Russia will assume safe stewardship of this and Ukraine’s other 4 nuclear stations if they were also attacked. 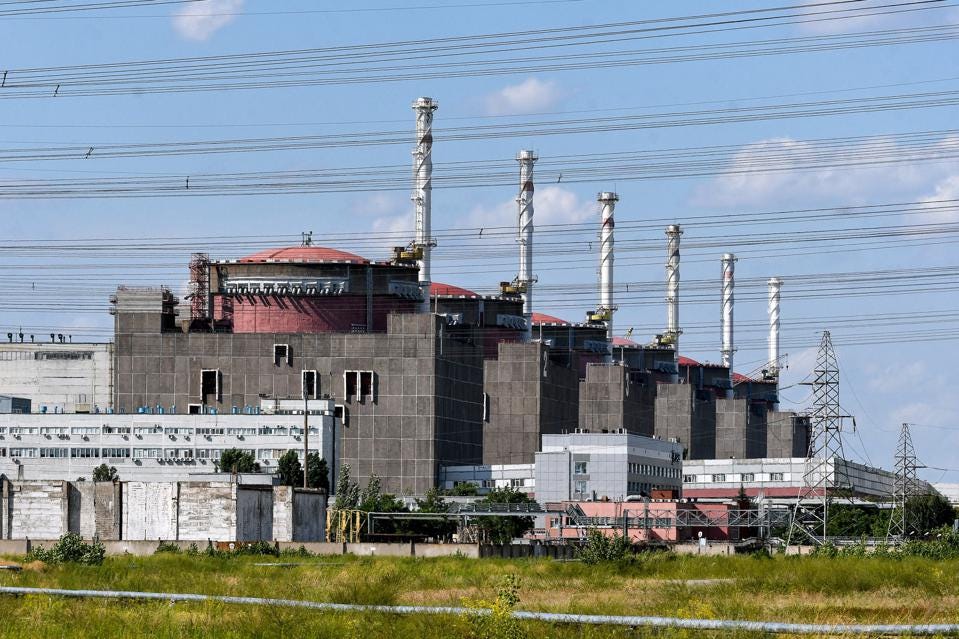 On March 2, the Director General of the International Atomic Energy Agency (IAEA) said “I have called for restraint from all measures or actions that could jeopardise the security of nuclear and other radioactive material, and the safe operation of any nuclear facilities in Ukraine, because any such incident could have severe consequences, aggravating human suffering and causing environmental harm.” He cited a 2009 decision by the IAEA that “any armed attack on and threat against nuclear facilities … constitutes a violation of the principles of the United Nations Charter, international law and the Statute of the Agency.”

The dangers of uncontrolled releases of the vast amounts of radioactivity contained in the Ukrainian reactors and their unprotected fuel stores should not be underestimated. The explosion and 10-day fire at Chernobyl in 1986 resulted many thousands of cancer deaths and in 42% of the land area of Western Europe (including most of the UK) being contaminated with radioactivity – see report here.

Although Ukraine’s reactors are dissimilar in type to the RBMK reactors at Chernobyl, this is of little comfort in view of the quite different threats of indiscriminate shelling, aerial bombardment (including by nuclear weapons), and sabotage that may occur during the current war in Ukraine.

In sum, the threats posed by the 15 Ukrainian nuclear reactors remain very worrying. These threats of nuclear catastrophes not just to that country but to the rest of Europe are serious matters. They should be enough to put most intelligent people off the idea of building new reactors. But, unbelievably, that is precisely what the (increasingly lame-duck) British government is apparently still proposing to do.

CND is calling on the government to scrap its ill-conceived plans for yet more nuclear reactors in Britain. Safer, quicker, cheaper alternatives exist in the renewable energy sectors which could easily meet all our UK’s electricity needs.”