CND’s team of volunteers spends their time talking to festival-goers about the campaign against nuclear weapons. While we sign people up as members, most people enjoy getting their complimentary free temporary tattoo, even Owen Jones! 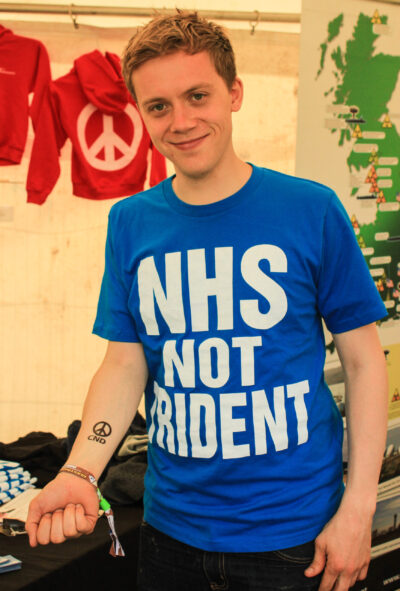 Bailey Griffin attended the festival in 2019, and says: “From a young age I’ve known the meaning of the CND logo, my dad has it tattooed on his leg and he’s always told me the  passion behind it, and about how when he was growing up there was a lot of concern about nuclear warfare. So at the festival in 2019, both I and my dad officially joined the CND. Now more than ever the CND feels like a big part of our family.  The people running the tent were lovely and extremely welcoming, and it was great to talk to them about the meaning of the organisation, it even taught my dad a thing or two.”

Tara Geraghty was at the 2016 festival with her parents:
“They were on their 13th Glasto and me on my 5th! It was a muddy one and we spent the afternoon chatting to as many people as we could and we happened to bump into the CND team who were lovely and gave us these awesome temporary tattoos! Thank you!” 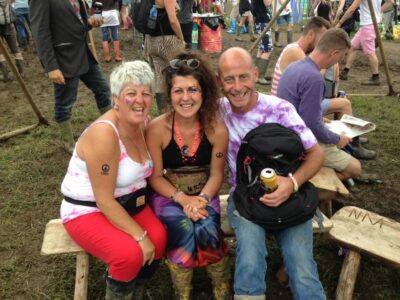