Is it really jobs or nuclear weapons?

Affiliate as a national or regional trade union, a local branch or trades council
Affiliate

As part of CND’s campaigning, CND works with many trade union groups to achieve our shared goal of scrapping nuclear weapons. Trade unions are an important part of the fight against Trident replacement and supporting defence jobs diversification. It is no surprise that many trade unions are affiliated with CND. CND regularly attends trade union conferences and works closely with our natural allies to spread the nuclear disarmament message throughout civil society.

UNISON, PCS, RMT, FBU, TSSA, NUT, NUM, the Musicians’ Union and ASLEF are all nationally affiliated to CND. Unite North East, Yorkshire and Humberside regions are also affiliated, as well as regions and branches from across the trade unions, together with trades councils from around the country.

Many other unions have also supported CND’s call to scrap Trident.  Why not check out your own union’s policy? Why not affiliate in order to be actively involved in the discussion around nuclear weapons? 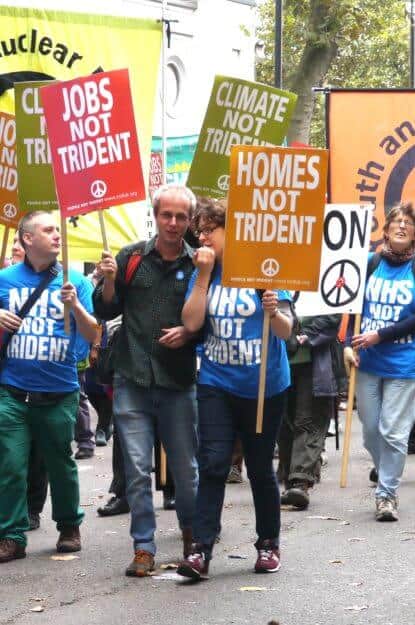 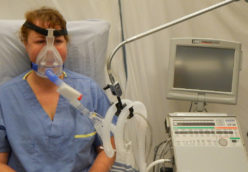 Whenever the idea of defence jobs conversion is advanced, we are told it would...

END_OF_DOCUMENT_TOKEN_TO_BE_REPLACED 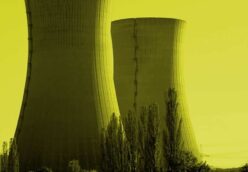 Why we oppose nuclear power

To watch our recent series of webinars on nuclear power, please use the following...

END_OF_DOCUMENT_TOKEN_TO_BE_REPLACED 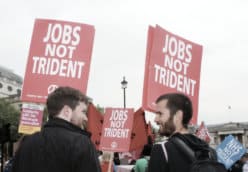 “As a Trade Unionist and a Socialist there is a moral position when it...

END_OF_DOCUMENT_TOKEN_TO_BE_REPLACED 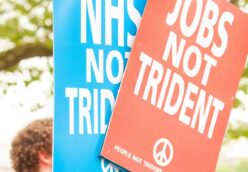 Many trade unions oppose the replacement of Trident on principle but have concerns about...

END_OF_DOCUMENT_TOKEN_TO_BE_REPLACED
Your support goes a long way!
Donate
Get the latest updates on our campaign
Manage Cookie Consent
To provide the best experiences, we use technologies like cookies to store and/or access device information. Consenting to these technologies will allow us to process data such as browsing behaviour or unique IDs on this site. Not consenting or withdrawing consent, may adversely affect certain features and functions.
Manage options Manage services Manage vendors Read more about these purposes
View preferences
{title} {title} {title}