Parliamentary CND is a cross-party group of MPs and Peers, open to members of all parties, who campaign to advance CND’s goals in the Houses of Parliament. 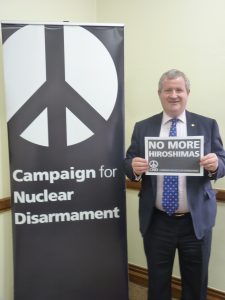 To keep up to date with what is going on in Parliament, check out our Westminster Diary.

CND regularly asks activists and supporters to lobby their MPs and to sign statements or raise questions in Parliament on their behalf, as well as working with them in the local constituency. CND encourages you to get in touch with your own MP to discuss their views on Trident replacement, the Treaty on the Prohibition of Nuclear Weapons, or any of our campaigns and policy focuses. If you are planning to meet your MP get in touch with us on parliamentary@cnduk.org and we can support you with resources and tips. 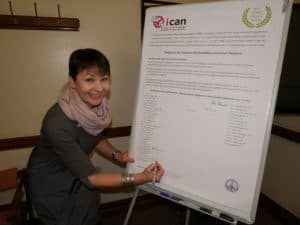 To find your MP, enter your postcode here: 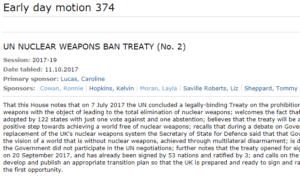 wn EDMs, and CND call on our members and supporters to request that their MP sign them.

You can learn more about EDMs and view a list of Parliamentary CND’s active motions by clicking here.

Just as opposing the replacement of the Trident nuclear weapons system is a key aim of CND, it is also an intrinsic part of Parliamentary CND’s campaigning activity in Parliament.