New menace from Russia? NATO is the real threat 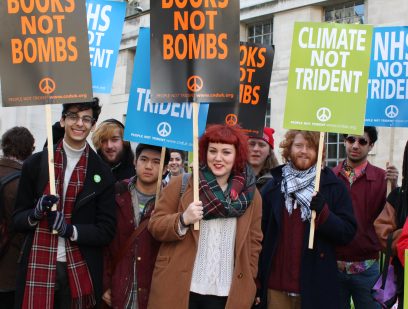 The next generation responds to NATO
Sign the open letter

NATO is a military alliance of Western countries that was established in 1949 during the early years of the Cold War and has since become an ever-expanding interventionist bloc, operating on a global scale. The war on Afghanistan was just one example of the destabilising and destructive impact of its policies. Around 180 nuclear weapons remain at bases across Europe as part of NATO defence policy, in violation of international law and in spite of massive opposition. Britain’s Trident nuclear weapons system is actually assigned to NATO.

NATO adopted a new Strategic Concept at its 2010 summit. It recommitted to an interventionist military agenda that set back the cause of peace and nuclear disarmament. This included an expansion of its area of work to ‘counterterrorism, cyber-security, and the proliferation of chemical, biological and nuclear weapons’. The summit also agreed to integrate the US missile defence system with a European theatre missile defence programme under the auspices of NATO.

Developments since then are extending NATO’s global influence. NATO causes instability across the globe – as well as costing us increasing amounts of money – and it must be disbanded. 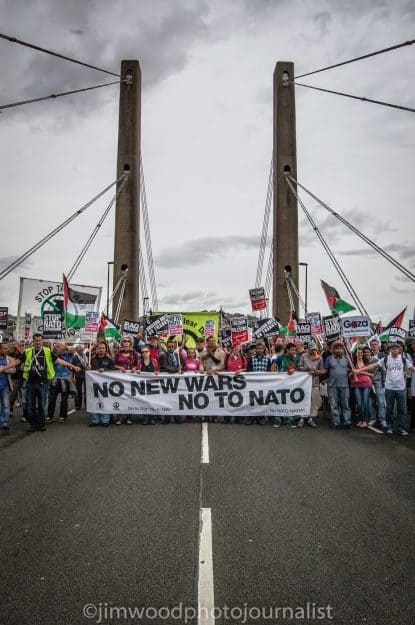 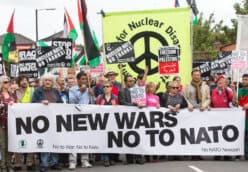 NATO has published a new report NATO 2030: united for a New Era. Commissioned...

END_OF_DOCUMENT_TOKEN_TO_BE_REPLACED 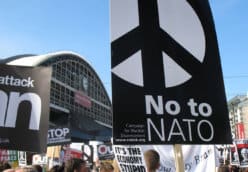 NATO yesterday launched a new report focused on its strategic approach over the next...

END_OF_DOCUMENT_TOKEN_TO_BE_REPLACED 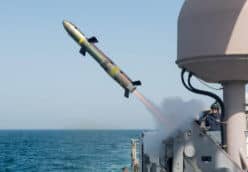 Boris Johnson has today announced £16.5 billion in new defence spending over the next...

END_OF_DOCUMENT_TOKEN_TO_BE_REPLACED

END_OF_DOCUMENT_TOKEN_TO_BE_REPLACED
Your support goes a long way!
Donate
Get the latest updates on our campaign