CND is a movement of people campaigning to get rid of nuclear weapons in Britain and worldwide.

We campaign non-violently to achieve British nuclear disarmament – to get rid of the Trident nuclear weapons system and stop its replacement. But we recognise that Britain’s nuclear weapons are only a small part of the problem, so we also campaign for a global nuclear weapons ban.  Join us. 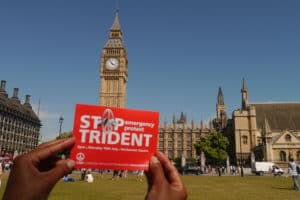 As well as campaigning for British nuclear disarmament and a global ban on nuclear weapons, we also work to end Britain’s participation in the US Missile Defence system and – with other campaigns internationally – against missile defence and weapons in space.

Our other campaigns include opposition to NATO and its nuclear policies and to nuclear power, and for the prevention and cessation of wars in which nuclear weapons may be used, as well as encouraging non-military solutions to conflict. 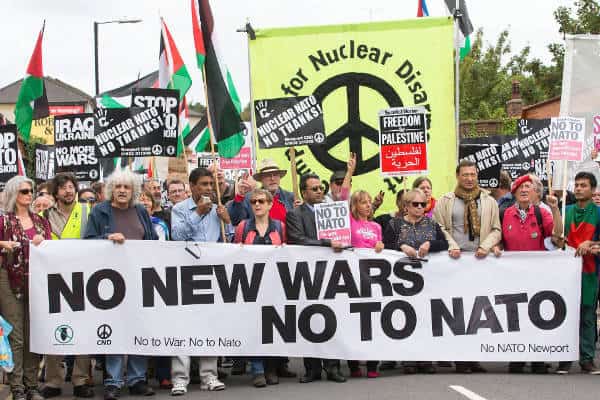 CND is funded entirely by its members and supporters. Our policies are decided upon by our annual national members’ conference, where our national leadership is also elected. We are a proud, grassroots movement comprising local groups, regions and nations, as well as specialist sections. CND works with an alliance of anti-Trident organisations, trade unions and faith communities to achieve our goal of a nuclear weapons-free world.

The first nuclear bomb was dropped by the United States on the Japanese city of Hiroshima on August 6th, 1945. Three days later, another one was dropped on Nagasaki. A reported 340,000 people died in total as a result of these nuclear attacks. In 1948, the UK government announced that Britain would develop its own nuclear weapons and it tested its first bomb in 1952.

By the mid-1950s, there was a surge in the profile of anti-nuclear voices and public concern was rising. The catalyst for the foundation of CND occurred in November 1957, when the writer JB Priestley wrote an article in the New Statesman calling for unilateral disarmament. Readers responded to such an extent that the editor suggested that a mass movement against nuclear weapons was needed. 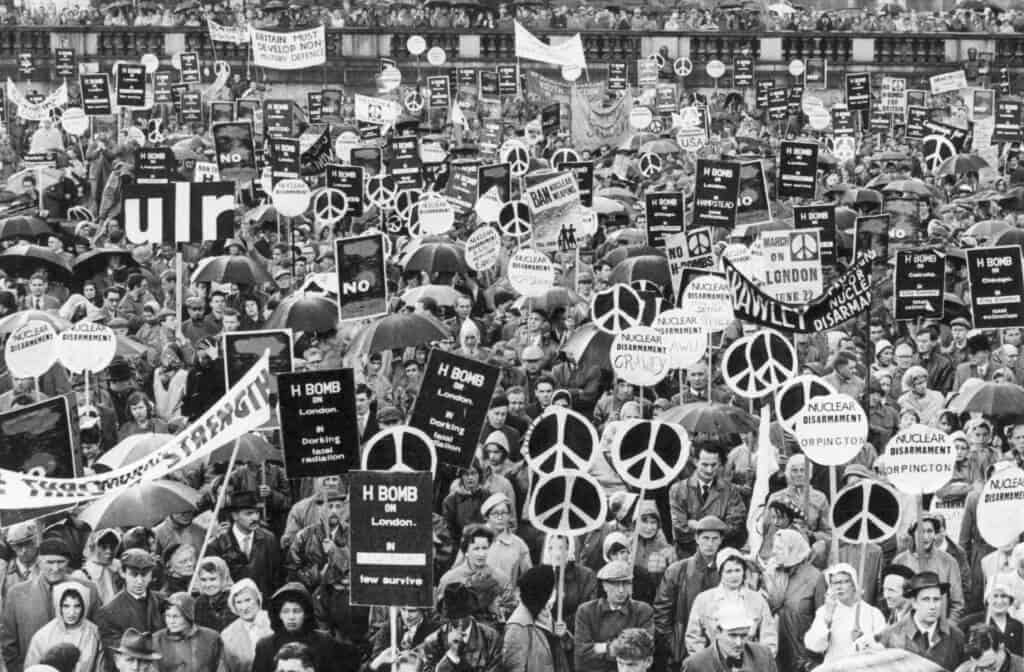 5000 people turned up to the first CND meeting, on February 17th, 1958.  The first march to the nuclear bomb factory at Aldermaston, in Berkshire, followed – an event which brought anti-nuclear campaigning, together with the new CND symbol, to public consciousness.

Since our launch in 1958 we have consistently campaigned against nuclear weapons, playing our part in creating an environment in which the use of nuclear weapons cannot be considered.

In practical terms we have, working with others nationally and internationally, been an important force in pressing our government and others to conclude a number of treaties such as the Partial Test Ban Treaty, the nuclear Non-Proliferation Treaty and the Intermediate-Range Nuclear Forces Treaty. We also worked to oppose the introduction of the Neutron bomb; plans for this appalling device were abandoned as a result. 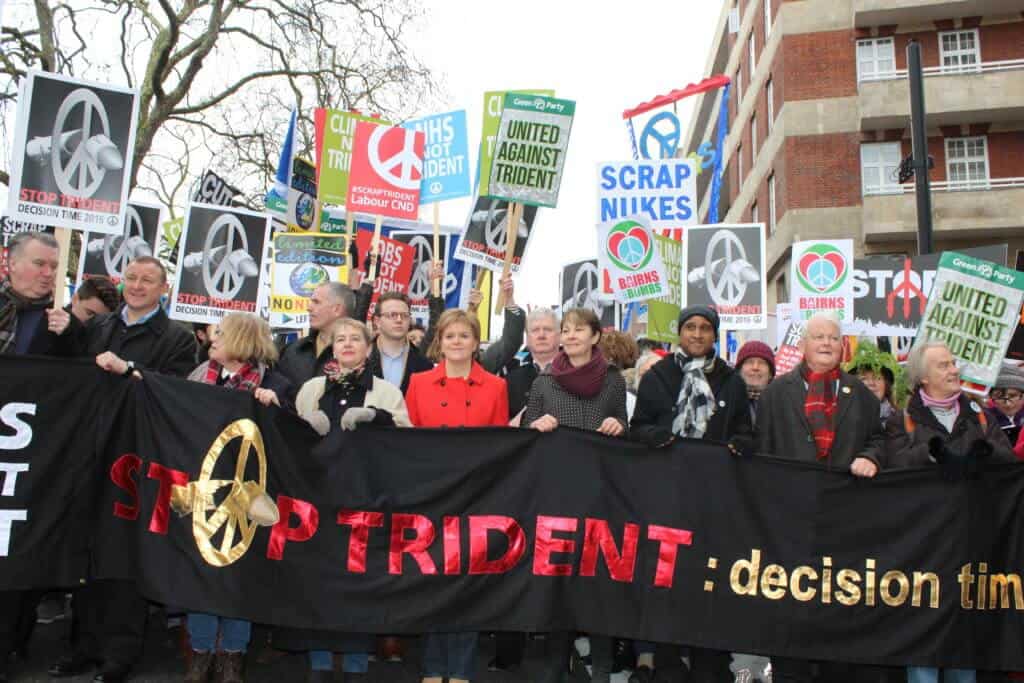 In 2007, there was a debate and vote on replacing Trident in the Westminster Parliament. Although the final vote was in favour of replacement, sustained CND lobbying was an important part of the fact that this was the biggest rebellion on domestic policy the Labour government experienced since coming to power in 1997. The scale of opposition played a significant part in the subsequent government’s announcement, as part of its ‘Strategic Defence and Security Review’, that there will be a reduction in the number of missiles and warheads that the replacement submarines will carry.

Most recently, CND was one of the grassroots organisations that successfully campaigned for a global ban on nuclear weapons  at the United Nations. The Treaty on the Prohibition of Nuclear Weapons entered into force in January 2021. The International Campaign to Abolish Nuclear Weapons – of which CND is part – won the Nobel Peace Prize for this work.

Our work continues. CND will keep campaigning until the UK gives up its nuclear weapons system and we achieve our aim of a world without nuclear weapons. 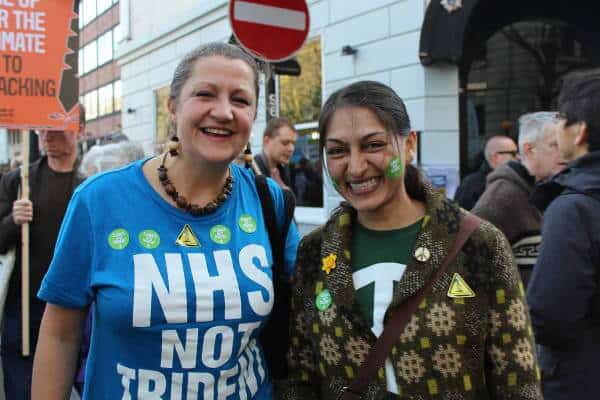