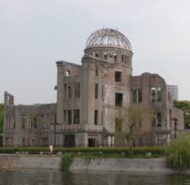 On 6th August 1945, an atomic bomb was dropped on Hiroshima by US air forces. This was the first time a nuclear weapon had ever been used; the fireball created by the bomb destroyed 13 square kilometres of the city, and those dead as a result numbered up to 180,000.

Three days later, a second atomic bomb was dropped on the city of Nagasaki, killing between 50,000 and 100,000 people. 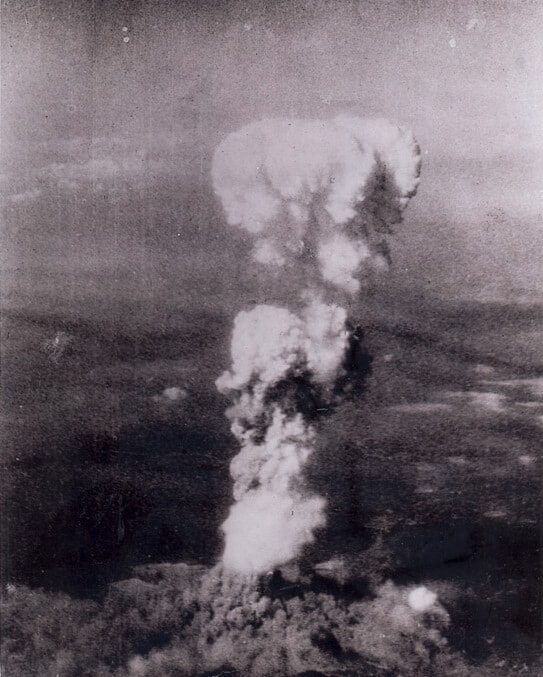 The impact of the bombing on Hiroshima

Hiroshima stands on a flat river delta, with few hills or natural features to limit the blast. The bomb was dropped on the city centre, an area crowded with wooden residential structures and places of business. These factors meant that the death toll and destruction in Hiroshima was particularly high.

The firestorm in Hiroshima destroyed 13 square kilometres (five square miles) of the city. Almost 63% of the buildings in Hiroshima were completely destroyed and many more were damaged. In total, 92% of the structures in the city were either destroyed or damaged by blast and fire.

Estimates of total deaths in Hiroshima have generally ranged between 100,000 and 180,000, out of a population of 350,000. Tens of thousands died immediately and many more in the days and months that followed. 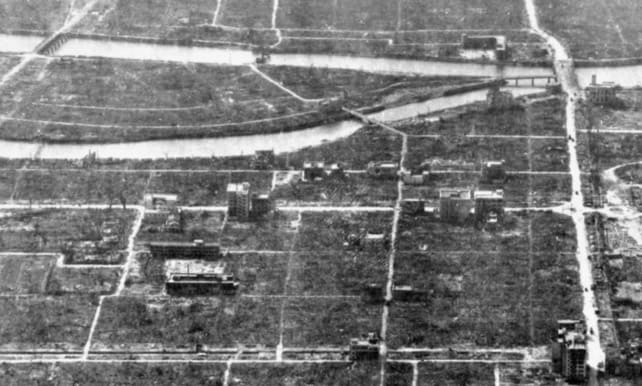 The impact of the bombing on Nagasaki

Due to the hilly geography of Nagasaki and the bombing focus being away from the city centre, the excessive damage from the bombing was limited to the Urakami Valley and part of downtown Nagasaki. The centre of Nagasaki, the harbour, and the historic district were shielded from the blast by the hills around the Urakami River.

The nuclear bombing did nevertheless prove devastating, with approximately 22.7% of Nagasaki’s buildings being consumed by flames, but the death toll and destruction was less than in Hiroshima. Estimates of casualties from Nagasaki have generally ranged between 50,000 and 100,000, with many dying instantaneously and others dying slowly and agonisingly as a result of burns and radiation. 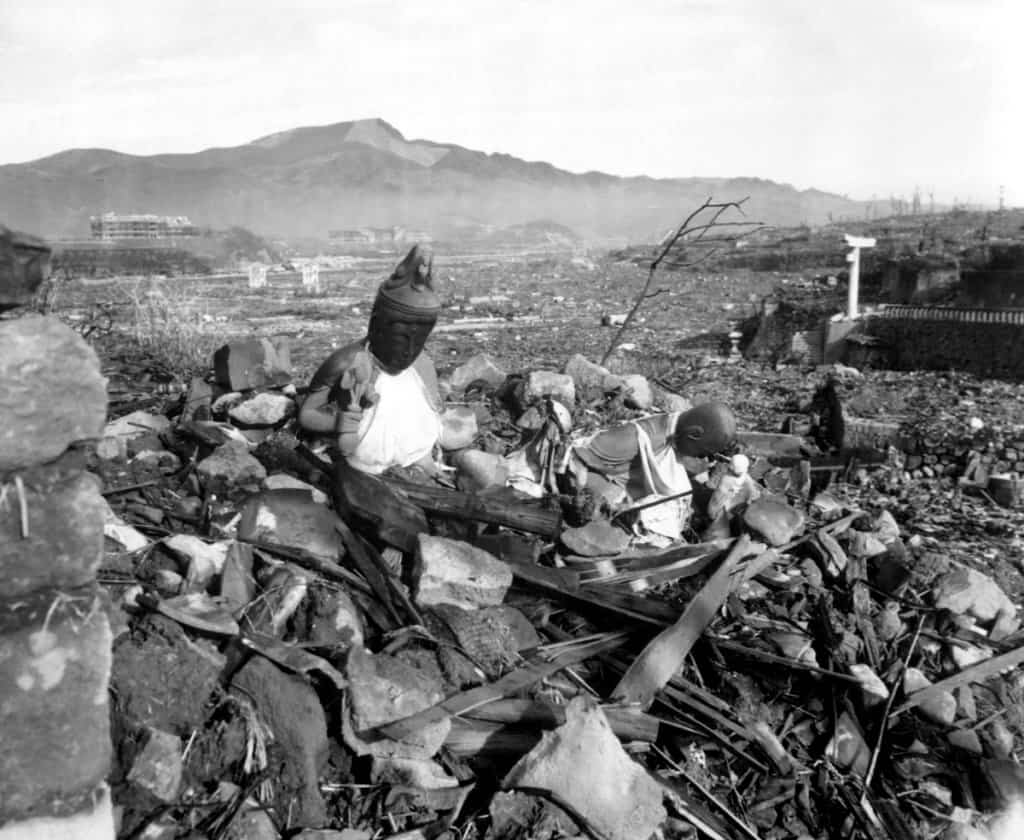 Effect of a nuclear weapon

These two events still resonate to this day and serve as the greatest warning of the devastating effects of nuclear weapons.

As well as the high death toll, those that survived the initial detonation and firestorms quickly became ill with radiation poisoning with symptoms ranging from severe burns, hair loss, nausea and bleeding. This was compounded by the fact that 90% of medical staff in both cities were either killed or disabled and what medical supplies existed quickly ran out. Long after the bombings, survivors were still suffering from increased susceptibility to leukaemia, cataracts and malignant tumours with many also being diagnosed with post-traumatic stress disorder later in life.

This suffering goes beyond the survivors. Future generations either born to survivors or born to those living in Hiroshima for years to come had increased chances of small brain sizes, delayed development, blindness and increased susceptibility to leukaemia and other cancers. The bombings of both Hiroshima and Nagasaki represent a human tragedy which should never be repeated.

The Hibakusha (survivors of the bomb) have campaigned for many years to have the impact of nuclear weapons acknowledged. They have educated generations on the subject, a contributing factor in the growing international momentum focused on the humanitarian impact of these weapons. 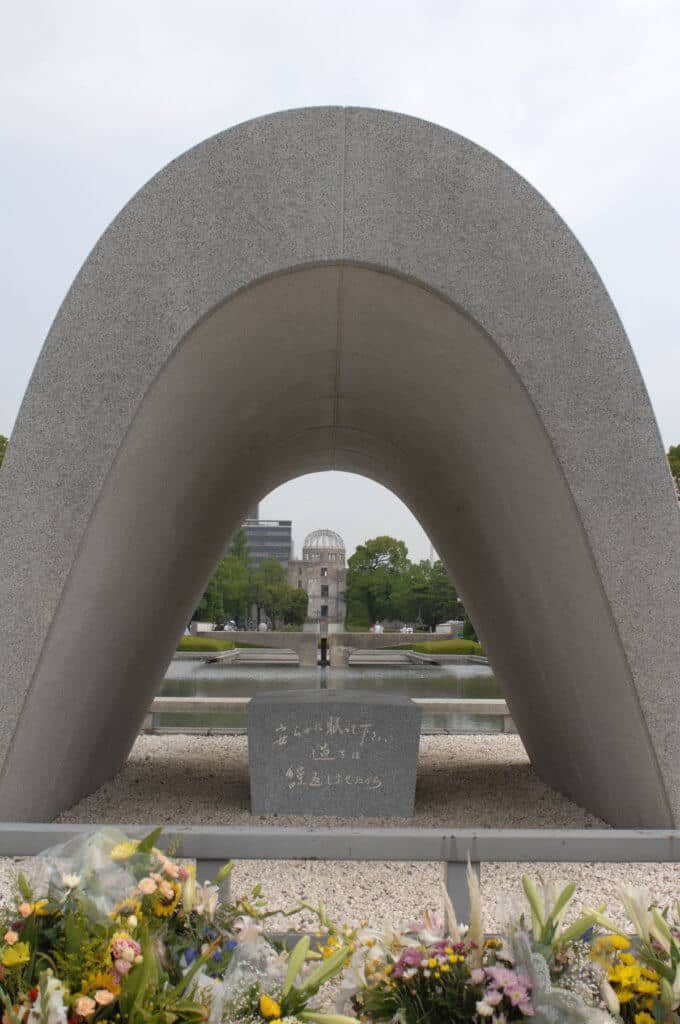 In 2010 the nuclear Non-Proliferation Treaty (NPT) Review Conference’s final document officially expressed ‘deep concern at the catastrophic humanitarian consequences of any use of nuclear weapons’ for the first time. Following this, a group of countries began delivering joint statements on the humanitarian impact of nuclear weapons: . This movement was the precursor to demands at the United Nations for a global nuclear weapons ban.

The historical experience from the use and testing of nuclear weapons, including at Hiroshima and Nagasaki, has demonstrated their devastating immediate and long-term effects. No political circumstances can justify their use. And of course, today’s nuclear bombs are many times more powerful than the ones used on Japan in 1945.

The International Red Cross has identified further humanitarian consequences of a nuclear explosion, including widespread famine and the destruction of medical facilities and personnel. The organisation has stated that the global humanitarian community would never be able to effectively respond to the aftermath of a nuclear conflict. An International Red Cross report recently stated, ‘We are not talking about the possibility of another Hiroshima and Nagasaki, horrendous as they were. We are facing the prospect of something much, much worse.’

Increasing awareness of the impact of a nuclear bomb, building on what we know from the attacks in 1945, contribute to a growing sense of urgency in the international community about securing an end to nuclear weapons.

The risk of accidental or intentional use of nuclear weapons remains significant. No state or international organisation has the capacity to address or provide the short and long term humanitarian assistance and protection needed in case of a nuclear weapon explosion.

When the US dropped atomic bombs on Hiroshima and Nagasaki in Japan, the cities were obliterated. By 1950, over 340,000 people had died as a result and generations were poisoned by radiation.

Today 15,000 nuclear weapons still threaten the survival of the world, even though the majority of people in the world and their governments want to negotiate an international ban on their development and use.

As we commemorate the bombings of Hiroshima and Nagasaki, let’s remember what a nuclear bomb can do and pledge to work together to make sure no other towns suffer the same pain and devastation.

Urge your MP to help prevent a nuclear war
Contact your MP
Your support goes a long way!
Donate
Get the latest updates on our campaign