The hands of the Doomsday Clock – which show how close humanity is to a catastrophe caused by human activity – were set at 100 seconds to midnight in January this year, the closest since it was begun in 1947. The reason given by the scientists was the dual threat of climate change and nuclear war.

Rather than seeing these two threats as separate they should be understood as intrinsically linked. Every penny the government spends on Trident is money that could be better spent on tackling climate change by investing in green technologies and renewable energy sources.

As climate change leads to increased competition between states over dwindling resources, such as land, clean water and food, the threat of conflict and even nuclear war is increased.

The solution to climate change must involve global nuclear disarmament. Not only would this free up a massive amount of resources which could then be used in the fight against climate change, it would also help to ensure a future for our planet free from nuclear war.

CND is proud to be part of the movement calling for urgent action to deal with the climate threat. We are a member of XR Peace and support other peaceful campaigners such as the school strikers. We believe that furthering understanding and collaboration on the issues of climate change and nuclear weapons will help us to build a world free from these existential threats.

In the face of two looming catastrophic threats it is more important than ever that we take our planet’s future into our own hands and organise collectively for change. Become a part of this movement and join CND today. 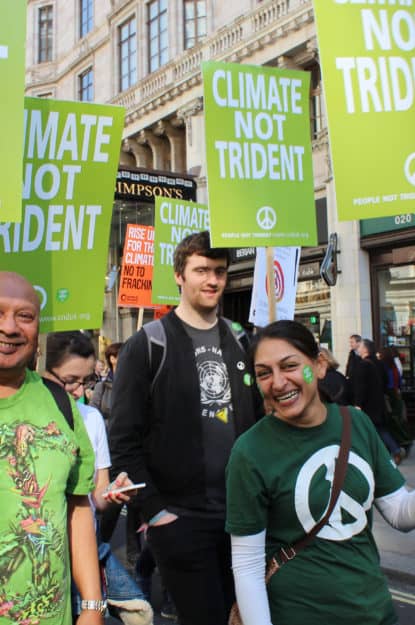 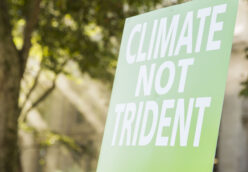 CND, alongside other peace groups in the XR Peace collective, will be supporting an...

END_OF_DOCUMENT_TOKEN_TO_BE_REPLACED 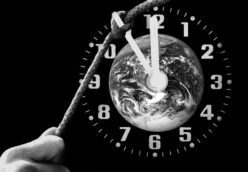 In deciding to keep the Doomsday Clock at 100 seconds to midnight, the Bulletin...

END_OF_DOCUMENT_TOKEN_TO_BE_REPLACED 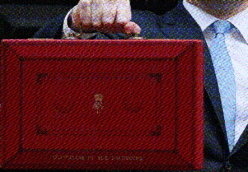 CND Responds to the Autumn 2021 Budget

END_OF_DOCUMENT_TOKEN_TO_BE_REPLACED 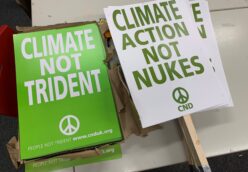 Nuclear annihilation and climate catastrophe are the two biggest threats to human existence. This...

END_OF_DOCUMENT_TOKEN_TO_BE_REPLACED
Your support goes a long way!
Donate
Get the latest updates on our campaign