The AUKUS military partnership between the UK, the US and Australia, was launched in September 2021. Its stated military focus is ‘the development of joint capabilities and technology sharing’, deeper integration of security and defence-related science, technology, industrial bases and supply chains. Spreading nuclear technology is at the heart of the deal.

It’s being justified on the basis of upholding the ‘rules-based order’, yet the treaty undermines  international law.

This week UK Foreign and Defence Ministers are attending the Australia-United Kingdom Ministerial Consultations (AUKMIN) 2022. AUKUS will be a central part of the discussion. CND has written to the Foreign Secretary explaining why it is opposed to AUKUS. 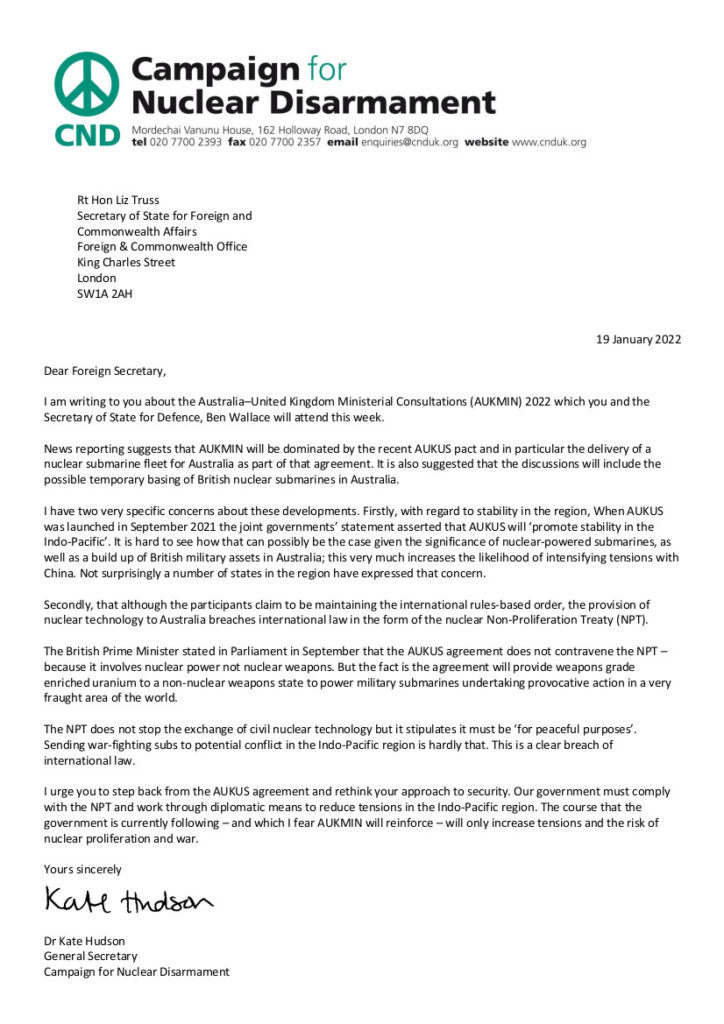