The government has started building the submarines for the new nuclear weapons system that will replace Trident, the UK’s current one. The new system will cost at least £205 billion, money that will be wasted on a weapon of mass destruction that is useless in dealing with the actual threats we face today.

This money would be much better spent on our NHS, building homes or investing in education, to make just a few suggestions. In other words, things we need. 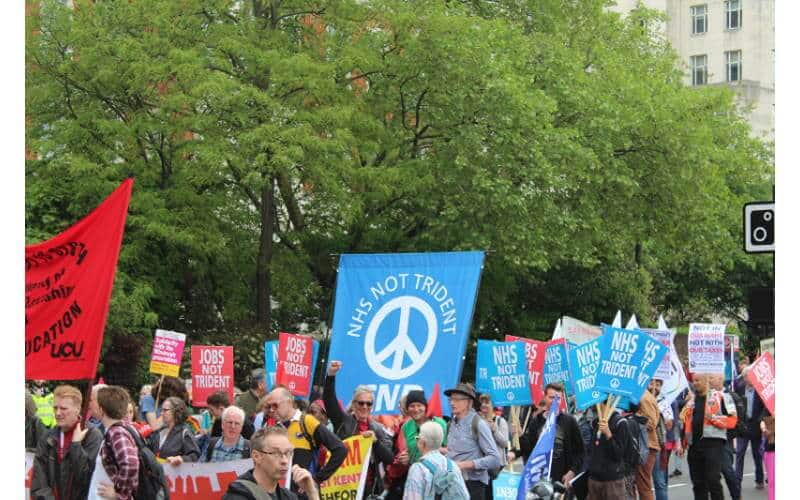 CND’s People not Trident campaign highlights how the government is wasting billions of pounds on nuclear weapons, money that could be spent on things that benefit everyone in society. The People not Trident report looks into the possibilities in more detail.

Climate not Trident: 100,000 wind turbines could be built if just half of the money spent on replacing Trident was invested in renewable energy. 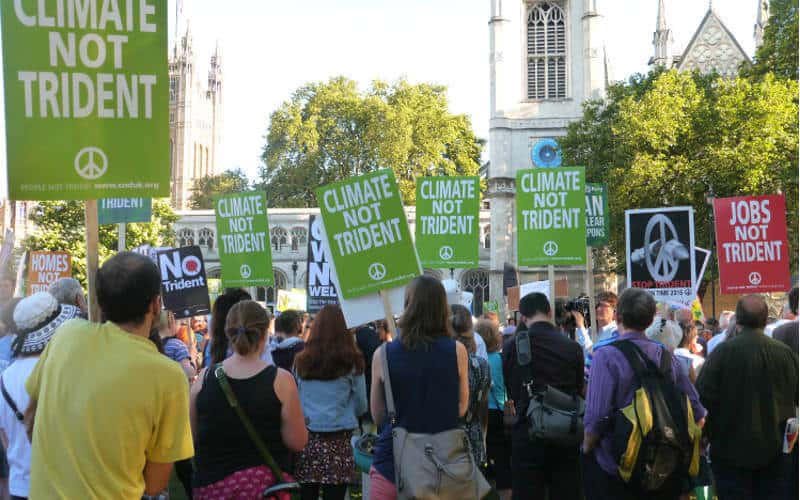 Homes not Trident: The average cost of building a new house in Britain is £150,000. This means that the government in partnership with civil society could build over 650,000 houses with the money it is planning to spend on Trident. 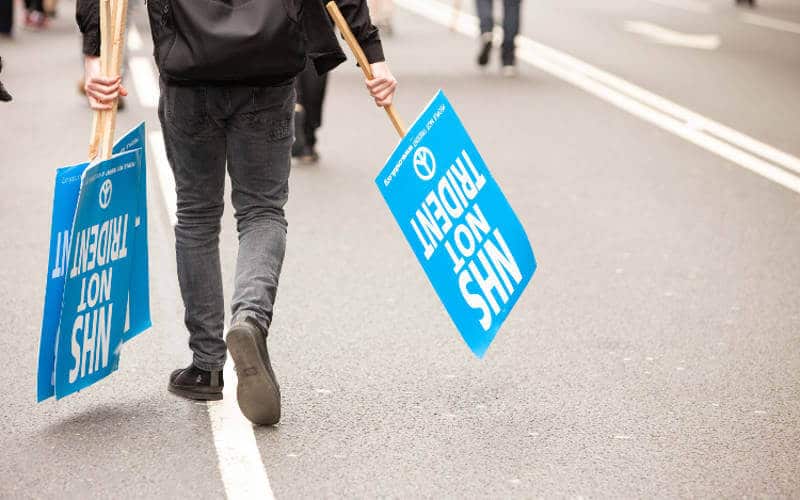 Education not Trident: It is ludicrous that we can spend £205 billion on nuclear weapons but not on schools and students. The average cost of building a primary school in England is £3.7 million. The money spent on replacing Trident could build thousands more schools and refurbish current ones. 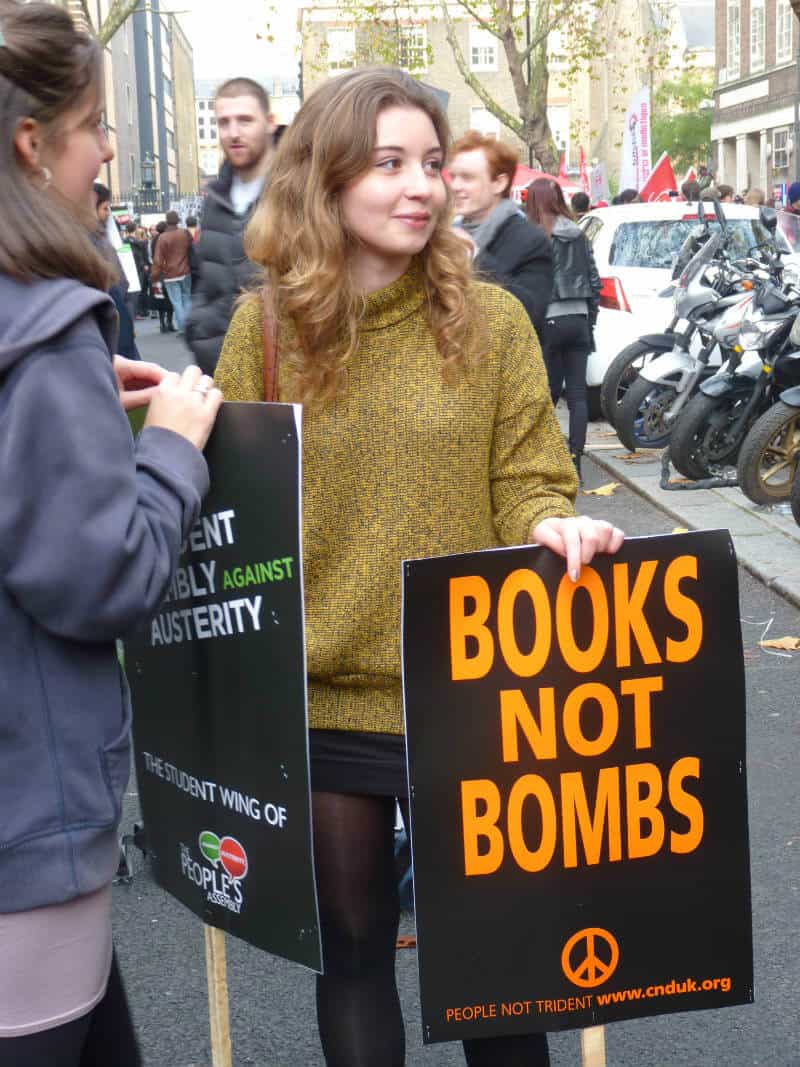 NHS not Trident: An extra £205 billion could employ 150,000 new nurses and build 120 state of the art hospitals. Or we could use the money to support our ageing population by providing occupational care at home allowing people to live independently for longer.

Wellbeing not Trident: Food bank use is at an embarrassingly record high level with over one million people in the UK given emergency supplies last year. We do not want this trend to continue: investing in our welfare system is much more important than spending on nuclear weapons. 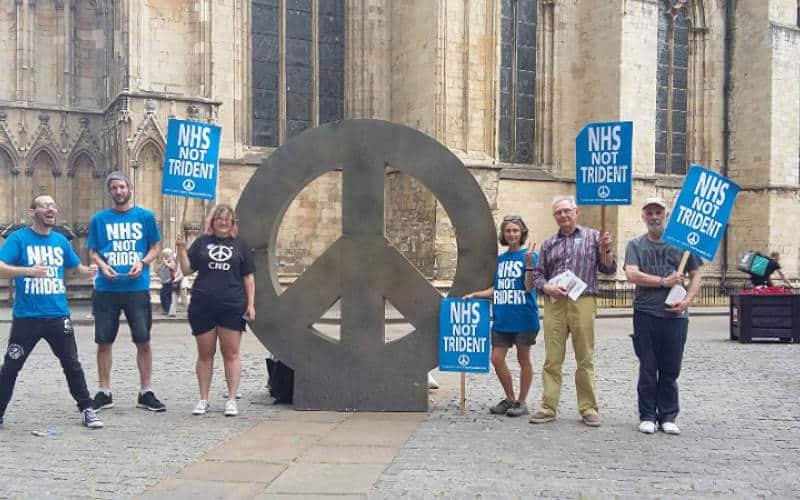 Spread the message: What you can do next

Cuts to public services continue with harsh consequences for everyday life, but the government still plans to spend at least £205 billion on a new nuclear weapons system. It currently spends £6.6 million a day on Trident, the existing system. It’s more important than ever to join CND and stand with us as we continue our campaign against Trident, an expensive weapon of mass destruction.

People not Trident: Read the report
Scrap Trident: Sign the petition
Join the campaign against Trident: Become a member of CND 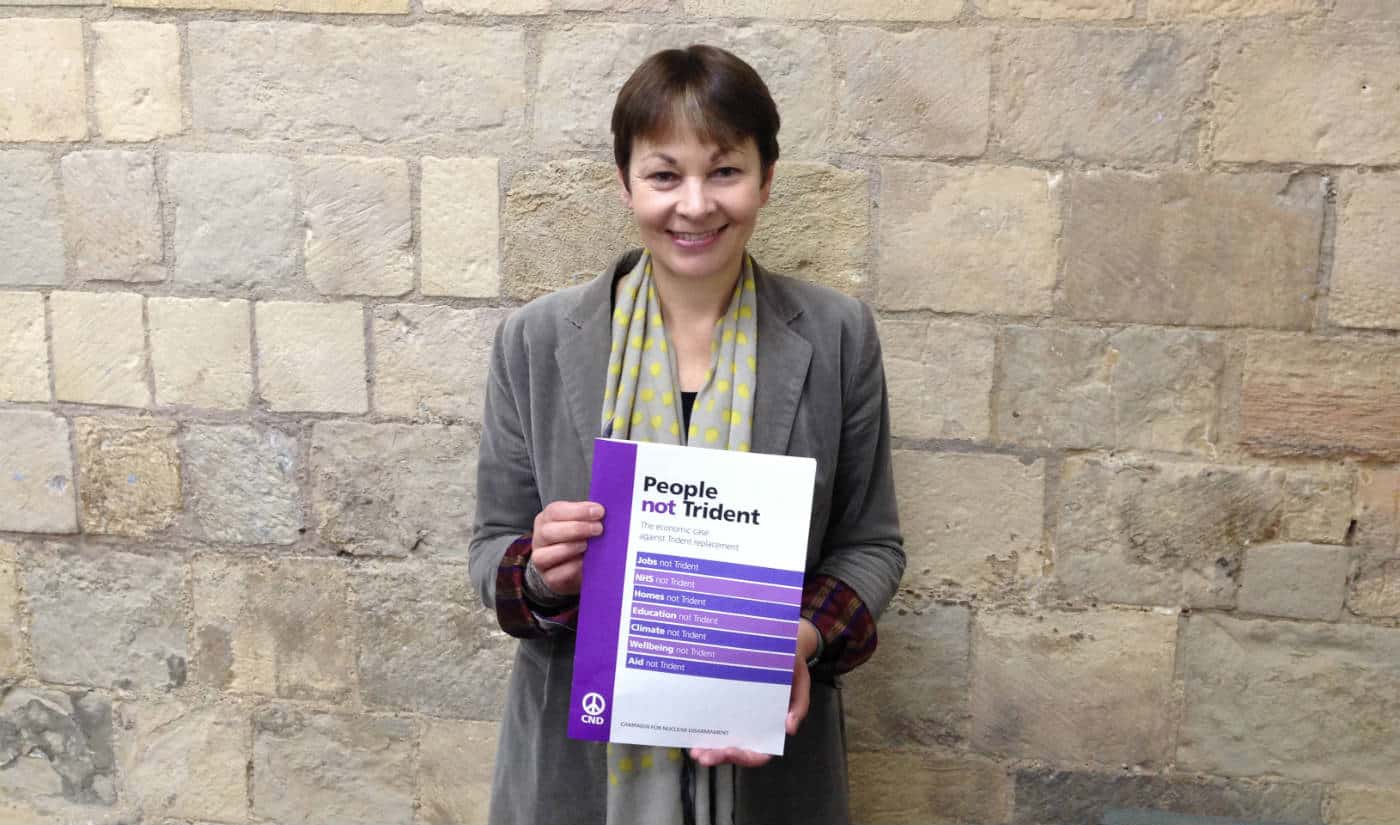