The following gallery is a selection of submissions from the public covering many of the organisations, causes, and events Bruce supported throughout his life. They include Movement for the Abolition of War (MAW), Women’s International League for Peace and Freedom (WILPF), Medact, Musicians for Peace and Disarmament (MPD), the London Peace Pagoda, and many local CND groups that Bruce continued to support and encourage.

Dean of Coventry John Witcombe remembers Bruce receiving his honorary doctorate from Coventry University: “I had the privilege of giving the oration at the conferring of his honorary doctorate by Coventry University in November last year. As a life-long CND member I was hugely influenced by Bruce when I first joined CND as a theological student training for ministry back in 1981.”

Jane Sill remembers: “I was lucky to hear Bruce speak many times at the annual celebration of the London Peace Pagoda as well as the annual Nagasaki Day commemoration and gatherings at Tavistock Square.  Bruce also took part in a number of events organised by the Gandhi Foundation, including one in 2019 which took place at Brahma Kumari’s Peace House. A tireless campaigner, he was always an integral presence – he will be very much missed but, larger than life, his living memory will stay with us all. What an inspiration!”

WILPF member Helen Kay sent us some pictures of Bruce at some of their events saying he was “at his most inspirational, funny, friendly but with a serious message of working for peace: if we invested as much in peace making as we do in military spending, what a wonderful world this would be.”

Many CND groups have sent us submissions as a testament to Bruce’s willingness to contribute to events held by local activists.  Included in the gallery are pictures from Peterborough Peace Campaign and Wimbledon Disarmament Coalition

Maisie Carter and Bob Murphy on behalf of the Wimbledon Disarmament Coalition/CND said: “Many of us have fond memories of meeting Bruce, and will never forget his charisma, sparkling wit, sense of humour, and the great warmth with which he embraced everyone he met. I feel honoured to have chaired two of the events that Bruce spoke at recently in Wimbledon, continuing his dedicated mission even into his late 80s. I will not forget him, and he will be forever remembered in Wimbledon as a charismatic leader, and passionate advocate of nuclear disarmament and peace. We send heartfelt condolences to his wife Valerie, and pledge to continue his work for peace. He has been, and continues to be an inspiration to all of us.”

Bruce at the Inspire Festival in Glossop 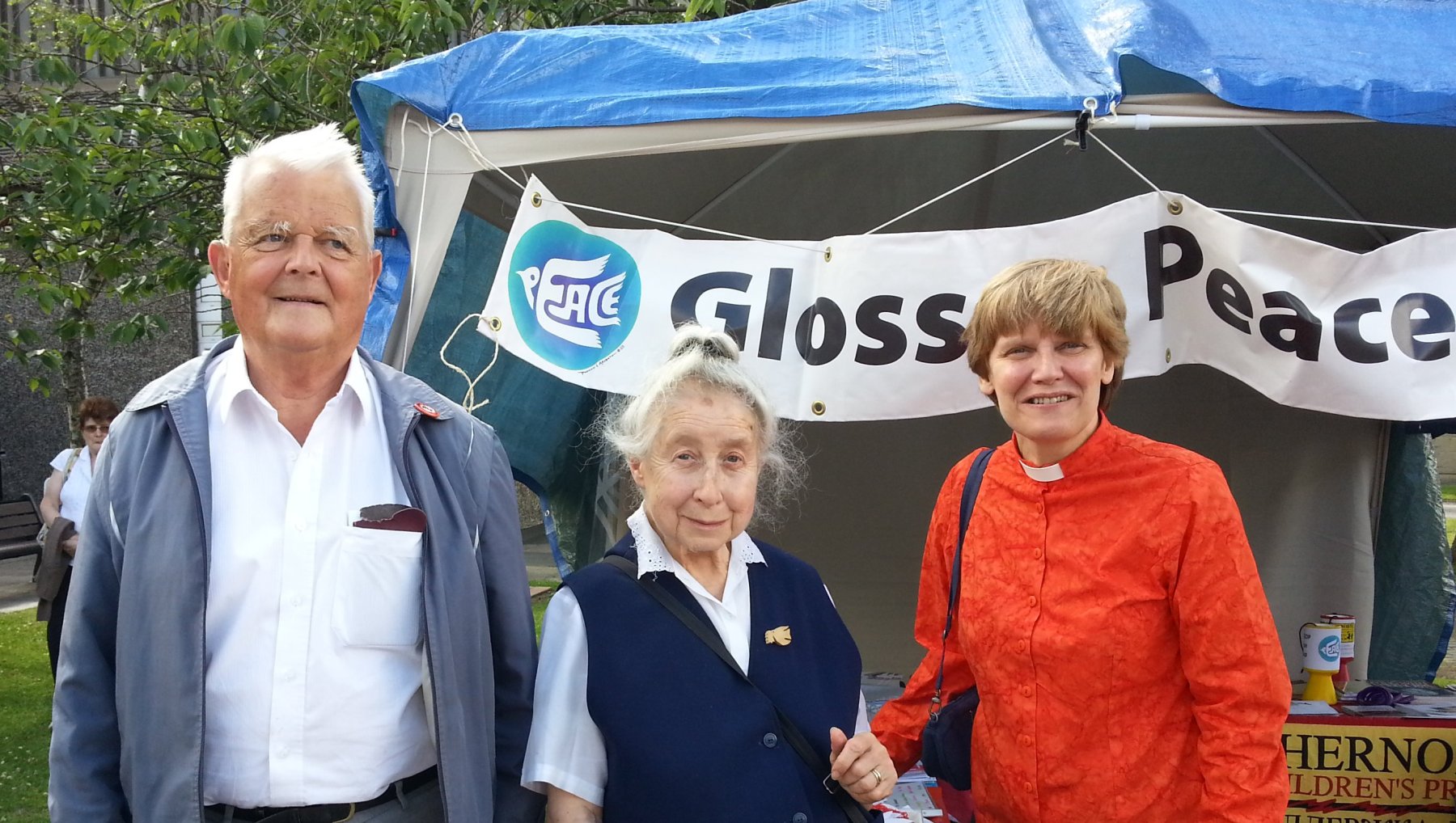