The Power To Crush Nuclear Weapons Is In Your Hands 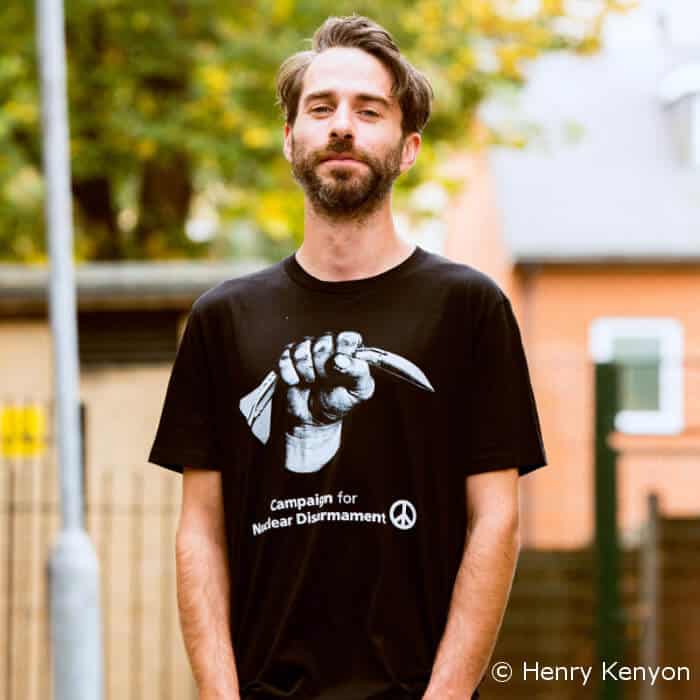 Peter, who has been called a “living hero of pacifist photomontage”, has previously described his work as being part of a “toolkit of protest”, and we feel this is a wonderful addition to that toolkit: to help publicise and raise awareness of the continued threat the world faces from ever-expanding nuclear arsenals, and CND’s role in the struggle against nuclear annihilation. 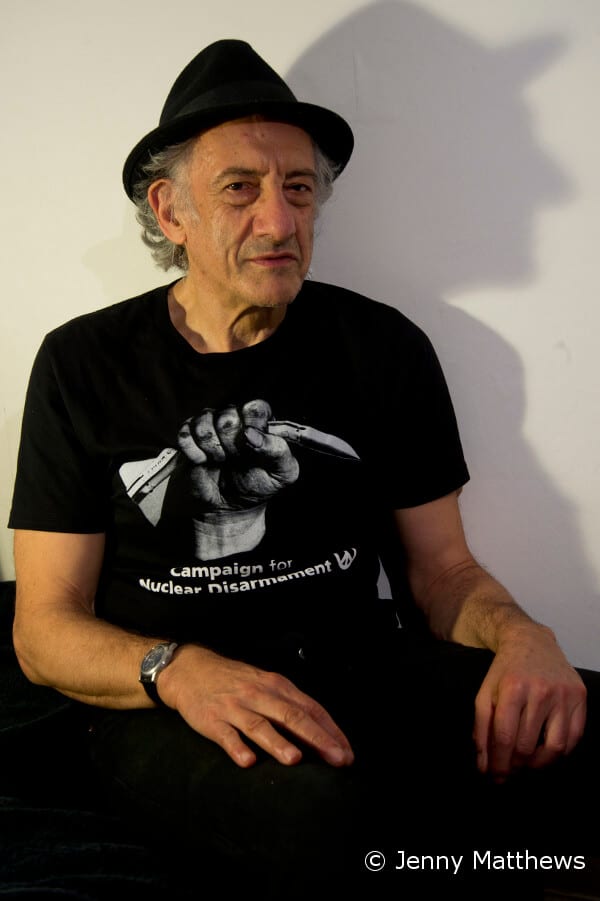 Many years ago I noticed that images of nuclear weapons had become completely normalised, even to the extent that a chain of poster shops were selling a heavily airbrushed, uncaptioned photo of a mushroom cloud as a glossy poster to be hung up in your home. I joined CND and made work as part of the visual arm of the ant-nuclear movement. I try to make photomontages that reveal the horror and madness of the nuclear arms race, that show that nuclear weapons are anything but normal, that render them unacceptable.

The Crushed Missile photomontage aims to show that it is only protest by the people that can stop the missiles of destruction. Presidents, prime ministers and dictators won’t wash their hands of nuclear weapons unless we campaign against them. I am an artist but also a citizen who wants to make art that confronts the obscenity of my government spending billions on Trident while food banks proliferate and our streets fill with homeless people. World leaders in their macho madness announce that they would press the nuclear button. We have to campaign to crush and destroy all nuclear weapons before they do press the button and destroy us. 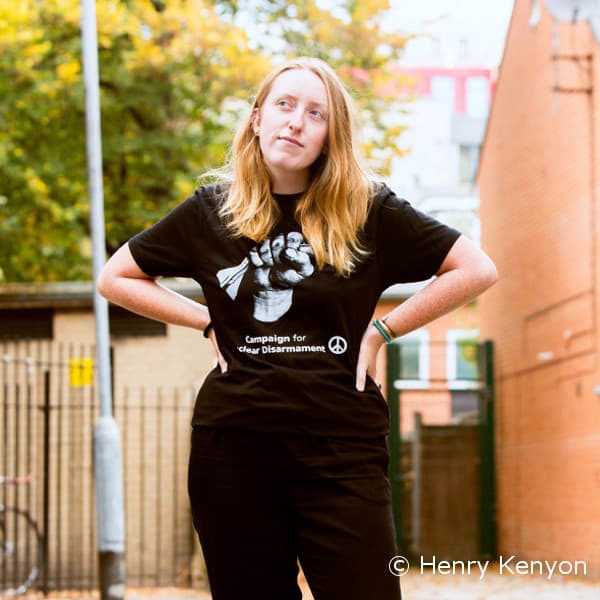 We could not have put it better ourselves. The Crushed Missile graphically illustrates how it is in our hands to stop the madness of nuclear weapons; by protesting, by campaigning, by making our voices heard. So join our movement, wear our T-shirt, and help us destroy nuclear weapons before they destroy us.

Our new T-shirt, along with other official CND merchandise, is available here.