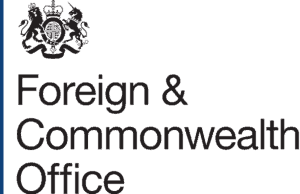 The nuclear ban is here
Get the UK to sign
Your support goes a long way!
Donate
Get the latest updates on our campaign