CND, alongside other peace groups in the XR Peace collective, will be supporting an Extinction Rebellion action in London taking place from April 21st. We will be standing up for the planet and against nuclear weapons.

The protest will take place outside the Houses of Parliament in London. The exact form of the action is to be announced, but expect traditional protest, creative action, workshops and vigils.

The action is an opportunity to raise awareness of the climate emergency, to demand change and to highlight the crucial links between climate change and nuclear weapons – the twin existential threats that we face. The two issues are closely linked. The fallout of a nuclear war would have devastating effects on our eco-system and even a ‘small’ localised nuclear conflict would lead to crops failing in dozens of countries — devastating food supplies for more than one billion people. And a nuclear winter would dramatically alter the chemistry of the oceans, probably decimating coral reefs and other marine ecosystems. Find out more about CND’s Climate not Trident campaign.

For the future of us all, the solution to climate change must involve global nuclear disarmament. 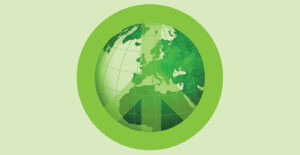 Find out more
Read CND briefing
Your support goes a long way!
Donate
Get the latest updates on our campaign