Fellow CND Vice-President Canon Paul Oestreicher, who was awarded an OBE in the latest Jubilee Birthday Honours “for services to Peace, Human Rights and Reconciliation”, recently wrote: “To be a CND Vice-President is a high honour and, at 90, my only remaining public role. To be awarded an OBE for my peace work, which I believe my friend and role model Bruce Kent should have got, leaves me with the knowledge that this award belongs to Kate and all those who have gone on to the street with us to say no to war and of course to the scourge of nuclear weapons.”

Writing Bruce’s obituary in the Church Times, he starts: “The long life of Bruce Kent, who has died, aged 92, is proof, if proof were needed, of the human capacity to progress from the ordinary to the extraordinary, to be changed from what we are to what we can become: nothing less than a new person. Bruce, on his remarkable pilgrimage, came close to fulfilling his potential. His death — may I call it his promotion — was not the end of the journey.”

The gallery includes a picture of Bruce, Paul, and the late founder-member of CND Walter Wolfgang at a Scrap Trident demo, Bruce at the head of a CND march, and a number of cartoons of Bruce from his time as General Secretary 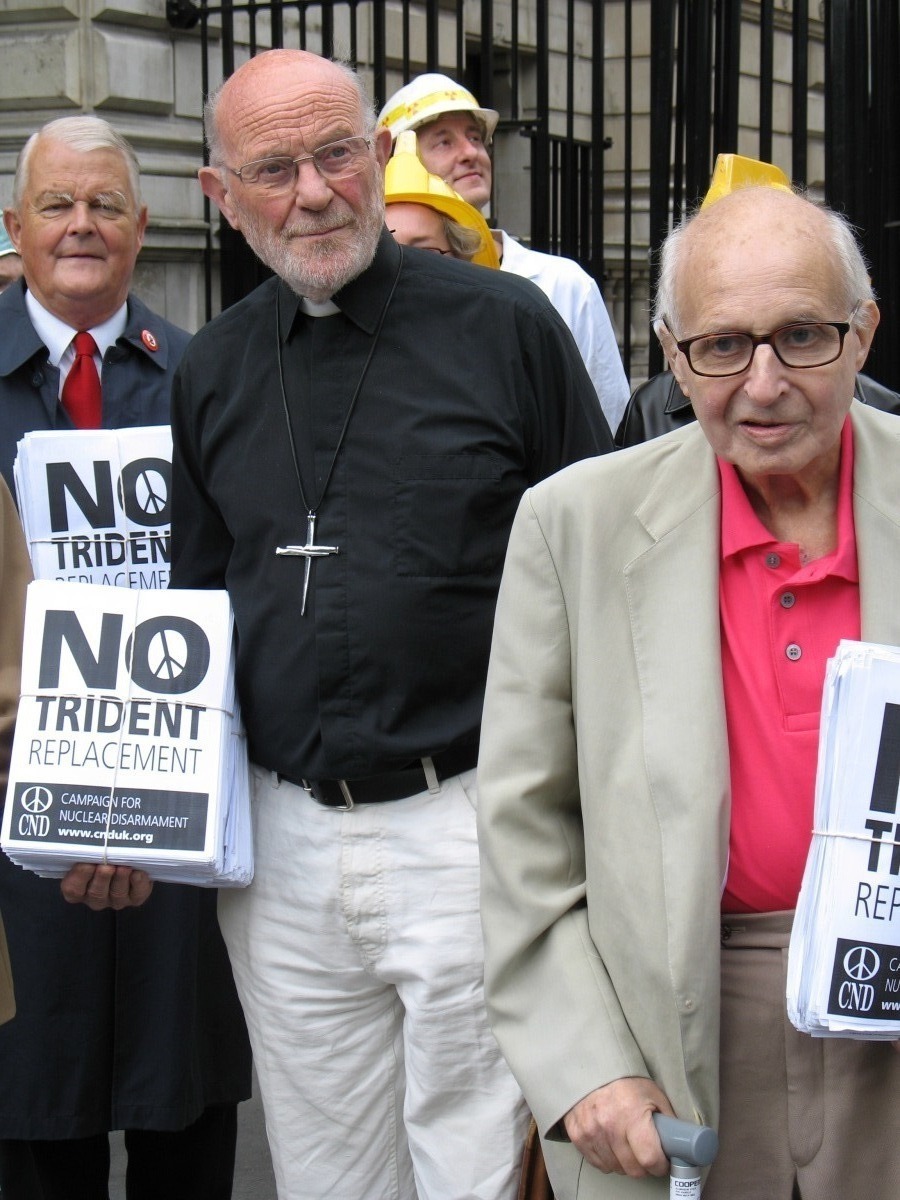 "Three dangerous people in a row"