The first year of Bruce’s tenure at the helm of CND came amid the news that US cruise missiles would be stationed in Britain. With the future Labour MP Joan Ruddock as Chair, the pair made a formidable duo in building opposition to their deployment.

Annie Grinyer remembers meeting Bruce for the first time in 1980, shortly after he took up the role of General Secretary: “I first met him in 1980 when he visited our newly established CND group in Lancaster and in 1982 he asked me to accompany him as the second British delegate on the US Euro Peace Tour. He was a great supporter of Lancaster CND and visited regularly.”

Phi Knight remembers his “barnstorming speech” at the old Afan Lido in Port Talbot after a march through the town in 1980, while Timmon Wallis has sent in some pictures of Bruce  and others digging up the ground around RAF Molesworth in order to plant wheat. 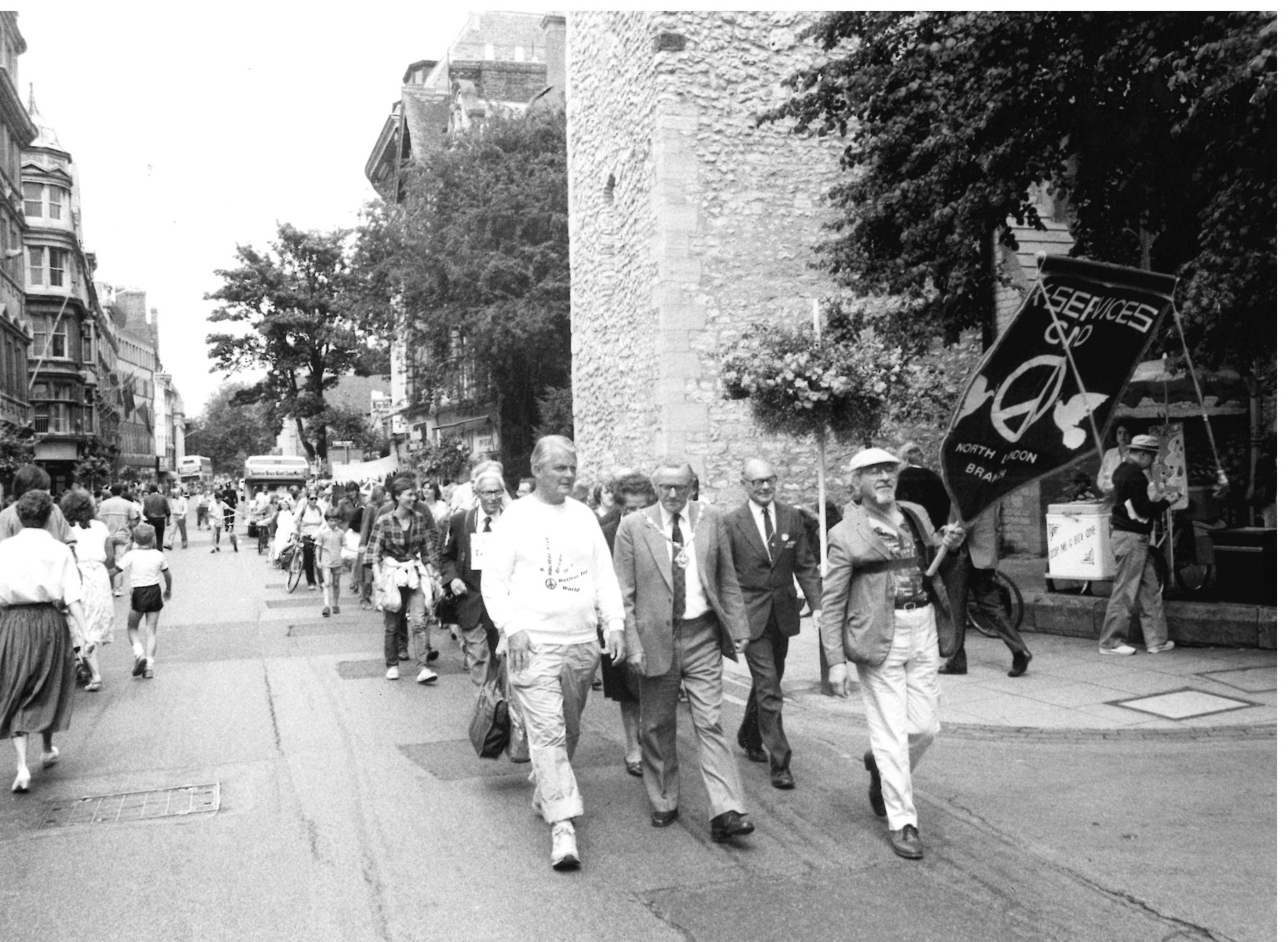