Down the pub / outside the pub

“Back in 1981 I made an album of peace songs for CND with members of the folk-rock band Fairport Convention. It was released through CND on cassette only, called ‘Demo Tapes’. Then one of the songs, ‘Down the Pub’, was released as a single on the Dovetale label, through a contact at The World Disarmament Campaign. The song was about the hedonism and escapism that people chose to avoid facing up to the growing nuclear threat at that time. ‘When we get down the pub, everything’ll be alright’, was part
of the lyrics.

“For the B side of the single I asked if Bruce would be willing to record a speech outlining CND’s case for disarmament, and he was happy to oblige. It went alongside another speech from Philip Noel-Baker, the Labour Peer, on behalf of the World Disarmament Campaign. So the A side was Down The Pub: Steve Ashley, and B side was Outside The Pub: Bruce Kent and Lord Noel-Baker. It was also released in Germany but sales were few (no surprise), both here and there. However, I have great memories of Bruce laughing in the studio at his new role as pop star. He was such a positive man and fearless campaigner, and a great example to us all.” 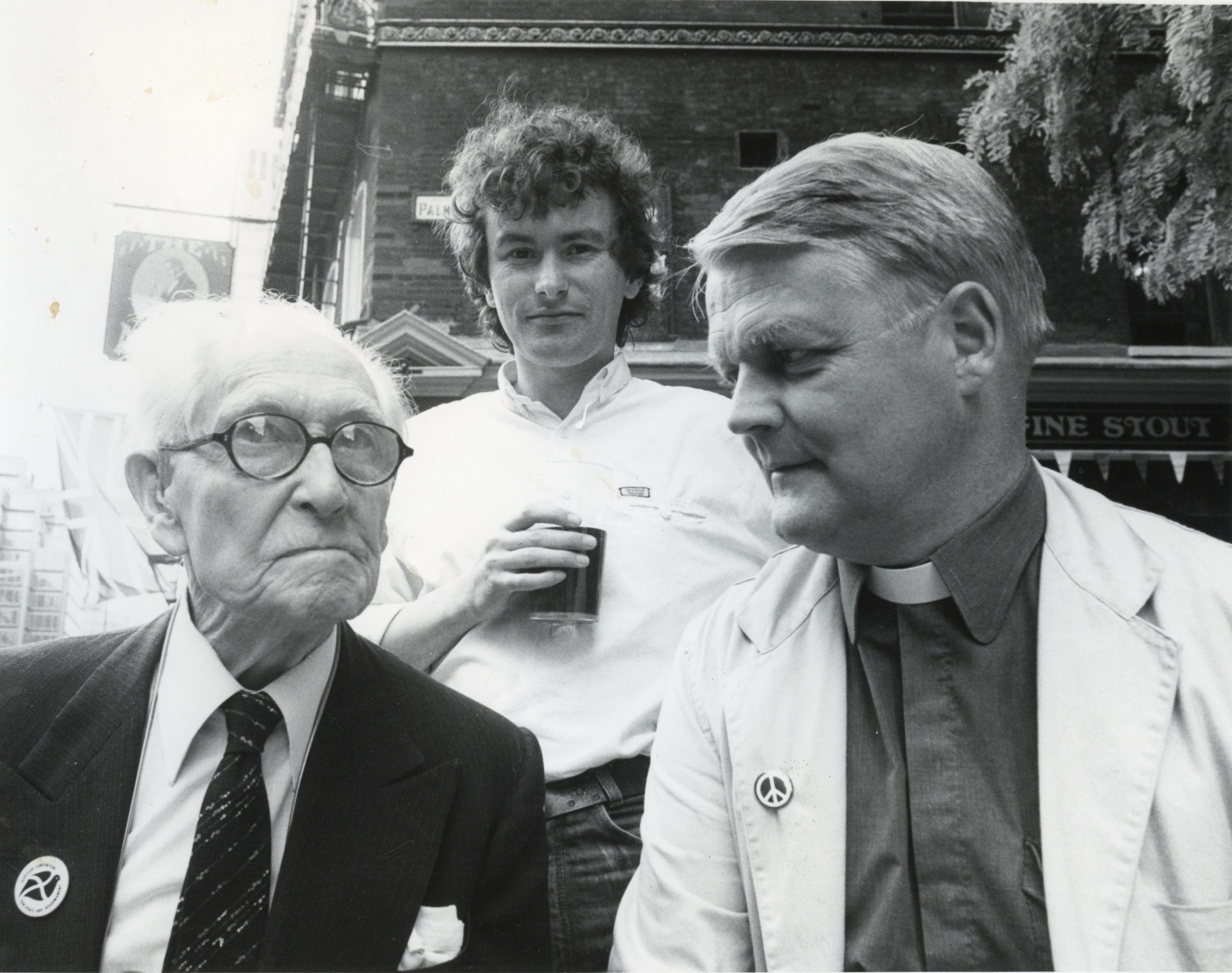