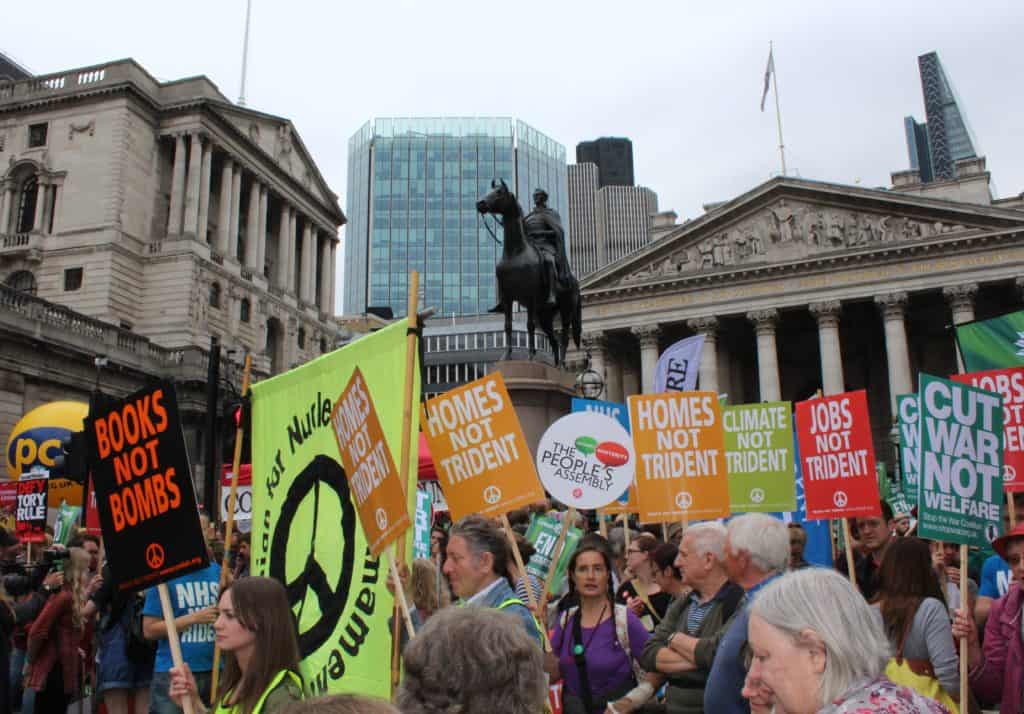 Assemble from 11am at Victoria Embankment between Hungerford Bridge and Blackfriars Bridge, London

Thousands of people will march through London to demand ‘A New Deal for Working People’ in this demonstration organised by the Trades Union Congress. CND will have a bloc highlighting how we should be spending on People, Not Trident – join us!

CND has always maintained that the £205 billion the government wants to spend on Trident is a waste of money and that we should instead be spending on the NHS, homes and education for example. We will also be spreading the message that scrapping Trident’s replacement does not have to mean job losses, but rather that far more jobs could be created if we invested in different industries

Our bloc will gather outside Temple tube station on the Victoria Embankment at 11am. Look out for our NHS not Trident banner, where you’ll be able to collect one of our placards to march with!

It will move off at 12pm and march to Hyde Park. The rally will take place in Hyde Park, finishing at 4pm.

If you are marching with your union and so unable to join our bloc, make sure to come and say hello at our stall in Hyde Park. You’ll be able to pick up our latest campaigning materials, sign our petition and buy some CND merchandise.