Some people defend the devastation caused by the bombings of Hiroshima and Nagasaki with the reasoning that the attacks ended the Second World War and prevented more deaths. Is this true?

Many historians and experts say no and that by the time the bomb was ready for use, Japan was ready to surrender. Read the following quotes and make up your own mind.

General Dwight Eisenhower (US military chief during WWII and later US President)
“Japan was at that very moment seeking some way to surrender with minimum loss of face, and it wasn’t necessary to hit them with that awful thing.”

US Secretary of War during WWII Henry Stimson described the atom bomb as the ‘master card’ in US diplomacy towards the Soviet Union.

Fleet Admiral William Daniel Leahy, US President Truman’s chief of staff at the time of the bombing
“It is my opinion that the use of this barbarous weapon at Hiroshima and Nagasaki was of no material assistance in our war against Japan. The Japanese were already defeated and ready to surrender.” 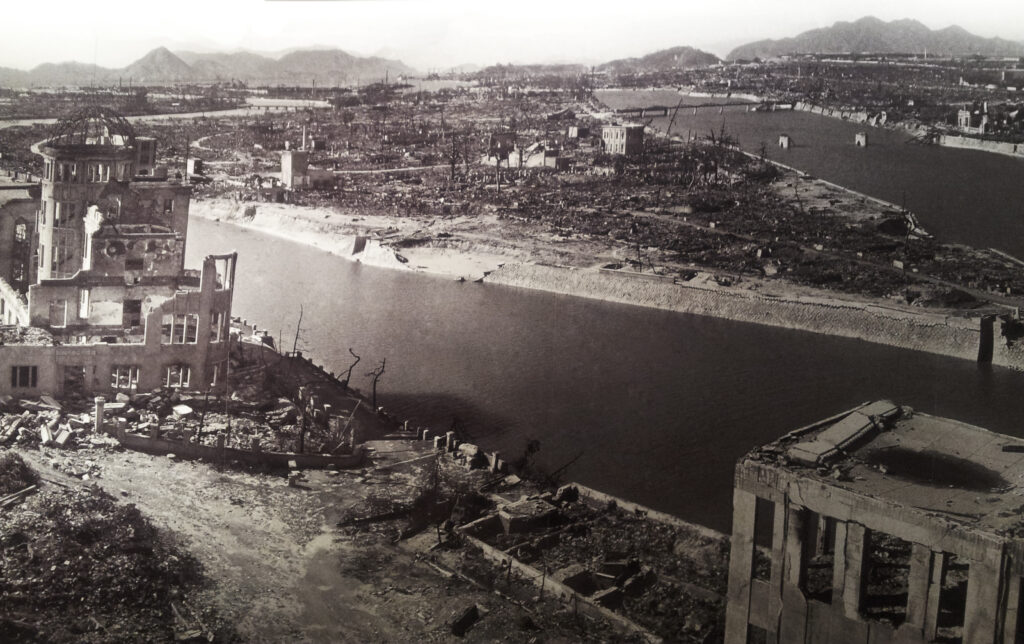 This is how Hiroshima looked after the bomb fell

Professor JK Galbraith, official US investigator to Japan in 1945
“The bombs fell after the decision had been taken by the Japanese government to surrender.”

Winston Churchill, UK Prime Minister during WWII
“It would be a mistake to suppose that the fate of Japan was settled by the atomic bomb. Her defeat was certain before the first bomb fell and was brought about by over-whelming maritime power.”