The anniversary of nuclear weapons being dropped on the Japanese cities of Hiroshima and Nagasaki in 1945 is commemorated across the world.

CND is encouraging our supporters to join an international grassroots action that will allow people – wherever they are – to join together in one action. 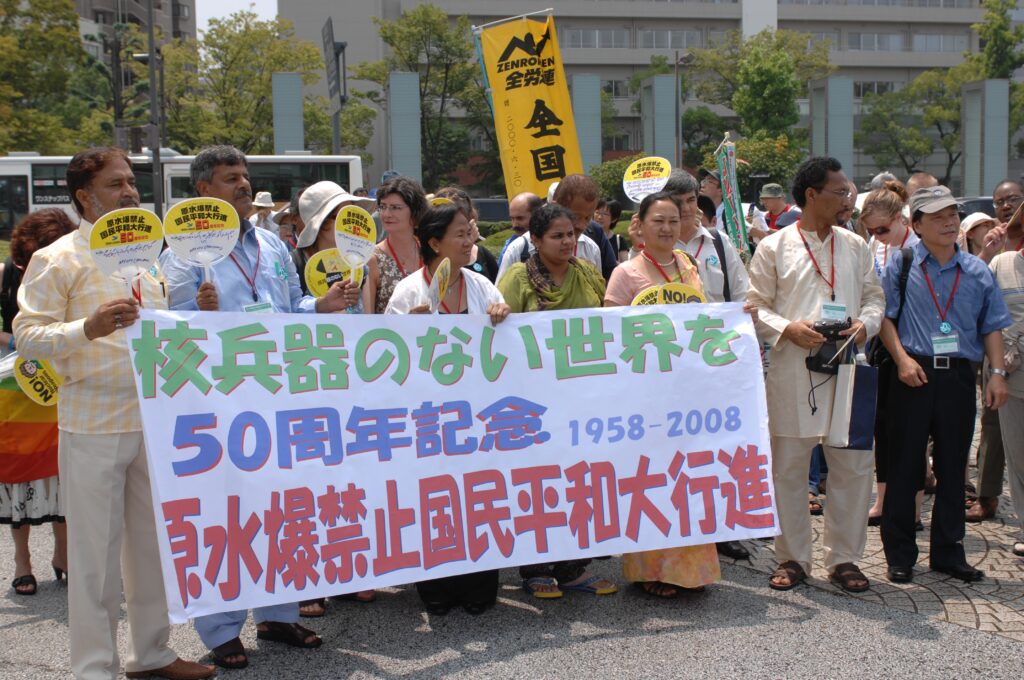 Global waves of anti-nuclear peace actions will sweep the globe between August 2-9, marking the commemorative week of Hiroshima/Nagasaki Days and the 2021 World Conference against A and H Bombs.

CND is encouraging actions at 11am (UK time) on the morning of August 6th.

How can you join in?