All through the years, CND has had the support of many of the biggest acts playing at Glastonbury Festival. We’ve seen Portishead play a video in support of the Scrap Trident campaign during their set, the Super Furry Animals ripping off their stage costumes to show off their NHS not Trident tshirts and Enter Shikari calling by our stall for a chat with our supporters.

Some of the many acts to take time to support our campaign in recent years include The 1975, Jessie Ware, Wolf Alice and Young Fathers. 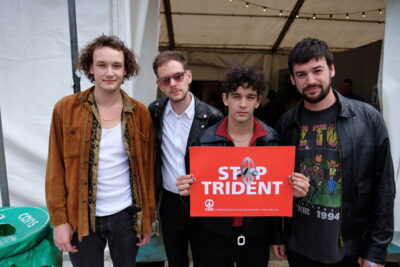 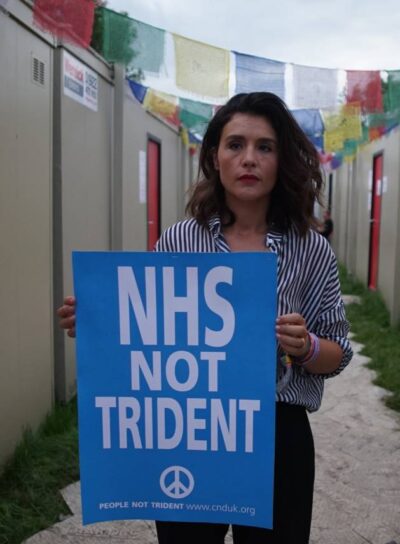 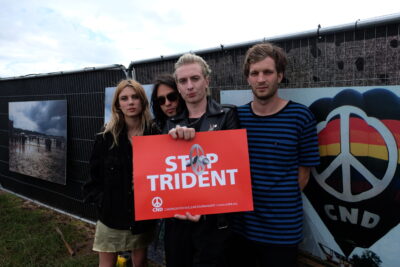 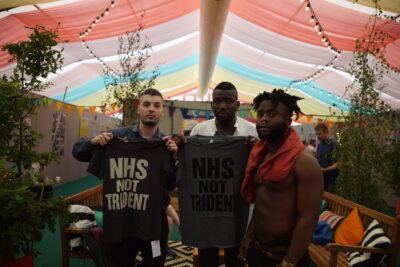