When the US dropped atomic bombs on Hiroshima and Nagasaki, the cities were obliterated. By 1950, over 340,000 people had died as a result and generations were poisoned by radiation.

Today 13,000 nuclear weapons still threaten our survival, even though the majority of people in the world and their governments support an international ban on their development and use. The nuclear rhetoric around the war in Ukraine has showed us how these weapons can make a dangerous situation even riskier. The possibility of nuclear war is the greatest for many decades. 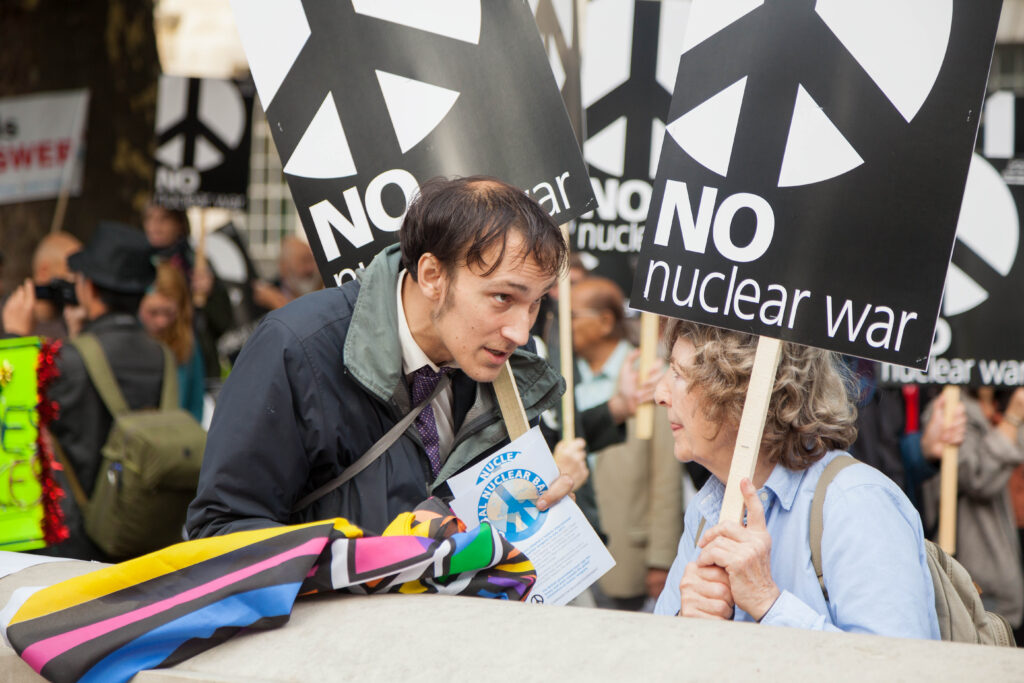 The UK government announced in 2021 that it will increase the number of nuclear warheads in its arsenal for the first time since the Cold War. But we don’t want any more of them. In fact, we don’t want any.

We should not be spending billions of pounds on weapons of mass destruction when investment is urgently needed in our NHS, education system and green jobs. It’s notable that the government’s priority isn’t to give nurses a well-deserved pay-rise, but to get more nuclear weapons.

And now the UK wants to bring US nuclear weapons to Britain  – a further undermining of prospects for global peace, and a move that will increase global tensions and put Britain on the front line in a NATO/Russia war. This must be stopped.