In the last week, Euratom has loomed large in the headlines. Theresa May has set out the government’s plan to leave Euratom as part of Brexit negotiations. The decision could have implications for the way nuclear matters are regulated and may impact on both the cost and timing of Hinkley Point C.

Euratom is the regulatory body for the nuclear industry across Europe.

It creates and maintains safeguards for the transport of nuclear materials, waste disposal, and carries out independent research.

It was founded in 1957, the same year the European Economic Community was established. The Euratom treaty set up a marketplace to allow the free movement of nuclear workers and materials between member states.

What does this mean for the future of nuclear power?

Anti-nuclear campaigners have frequently called for the abolition of the Euratom Treaty. There was a big campaign on the 50th anniversary of Euratom in 2007, which CND supported.

There is no doubt that Euratom facilitates the nuclear power industry, but the UK leaving Euratom isn’t necessarily a step in the right direction. With a UK government committed to nuclear power, leaving this regulatory body could spell deregulation and expansion of this highly dangerous and expensive industry.

Nuclear materials are, of course, deployed very humanely in radiology. Radioactive isotopes for scans and cancer treatments save many lives each year. Leaving Euratom without agreements in place for the transfer and production of materials has raised concerns. Dr Nicola Strickland, from the Royal College of Nursing, told the Evening Standard this week “I’m saying there is a risk and patients deserve some reassurance.”

CND will be closely monitoring developments, so keep an eye out for future updates. 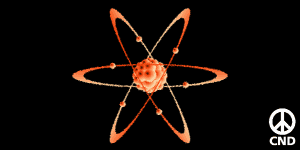