It can be hard to fully comprehend the true horror of the effects of a nuclear bomb. We know hundreds of thousands were killed in the most terrible way possible. But this fact can sometimes overwhelm the human cost of the bombing of Hiroshima and Nagasaki. The Hiroshima Peace Memorial Museum collects and displays belongings left by the victims and survivors so that they can convey to future generations the reality of what happened.

The museum collects artefacts from those that lived in Hiroshima at the time of the bombing. The items and the stories behind them convey the devastation, unleashed by the nuclear bomb and reveal details about life at the time. We are grateful to the museum for allowing us to display a selection of the artefacts (below) and hope it gives you an opportunity to connect with one of the darkest moments in history.

A bike (donated by  Nobuo Tetsutani)
Shinichi Tetsutani (then 3 years old) loved to ride this bike. On the morning of August 6th, 1945, he was riding in front of his house when, in a sudden flash, he and his bike were badly burned. He died that night. 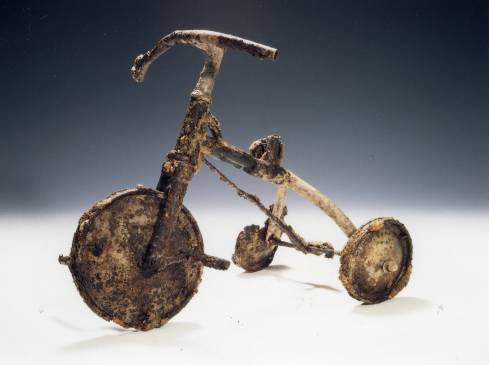 Lunchbox (donated by Tsuneharu Kano)
Koji Kano (then 12 years old) was a student at Hiroshima Prefectural Industrial School. He was helping with building demolition work in the area when the bomb went off. Koji was never found, but his lunchbox from that day was eventually returned to his family.  Koji’s name is written on the lid. 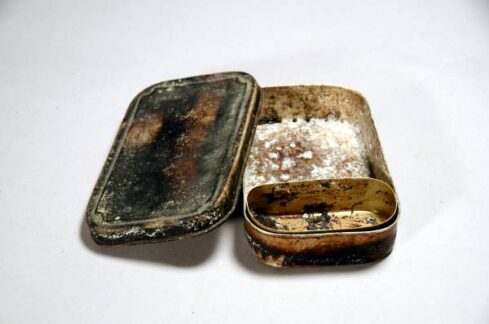 Watch (donated by Kokiku Ikeda)
Shigeyoshi Ikeda (then 53 years old) worked at the Kansai Oil Company in the Hiroshima Prefectural Industrial Promotion Hall. When Shigeyoshi failed to come home the day of the bombing, his wife, son and brother went to look for him. They found a skeleton still sitting in a chair and were able to determine that it was Shigeyoshi by his clothing, including this watch. 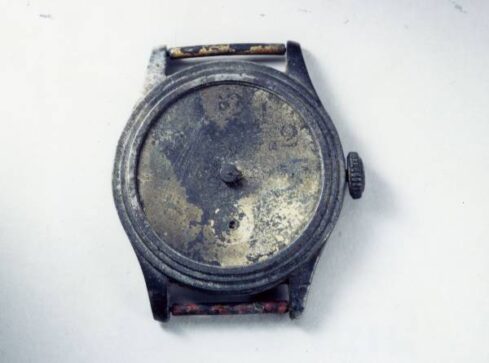 Teapot (donated by Masaaki Sakai)
Masaaki Sakai (then 17 years old) was at school when the bomb was dropped. He survived but was unable to return home because of the fire raging. When he finally made it there the next day, he realised his mother, Yoshino (41 years old at the time) had died in the blast. Masaaki was reunited with his father, who had been at work at the time. They gathered Yoshino’s bones in this teapot. The remains of Masaaki’s younger sisters Sumiko (who was 15 years old) and Michiko (who was 13 years old) were never found. 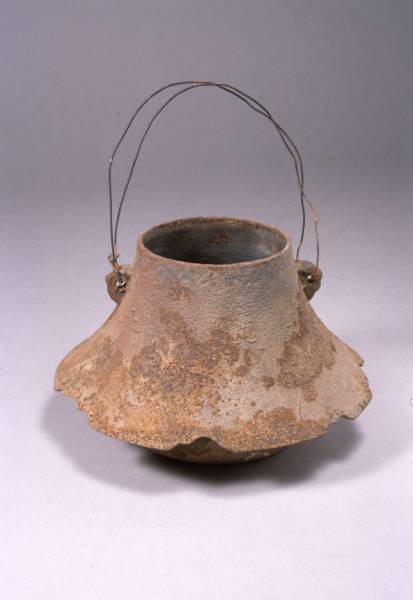 These photos have been kindly donated for use by CND for this specific purpose . We respectfully ask all third parties to refrain from downloading, extracting or using these images in any way without first gaining permission from the Hiroshima Peace Memorial Museum.