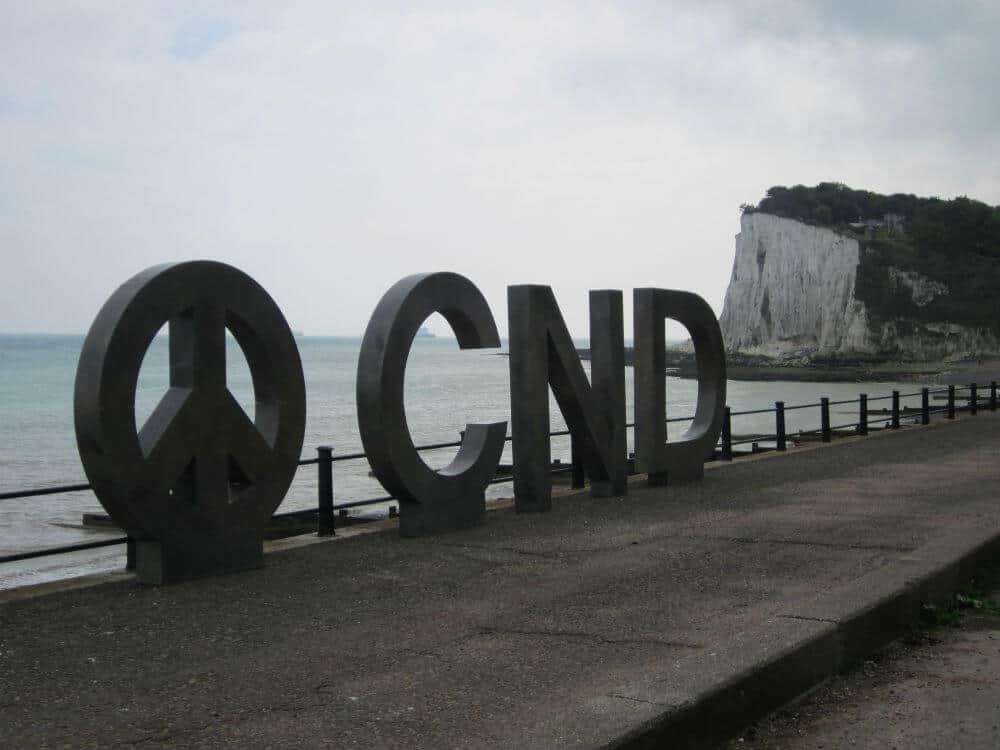 The symbol had a busy time in Kent, visiting many locations including the famous White Cliffs of Dover. Kent Area CND set up the symbol in the Dane John Gardens in Canterbury city centre first; a stop which was well received by many visitors passing through. It was then taken to Lady Woottens Green near Canterbury Christchurch University. In the afternoon the symbol was spectacularly set up underneath the White Cliffs of Dover at St Margaret’s Bay.

The following day, undeterred by inclement weather, the symbol enjoyed a whistle-stop tour of a number of sites in Folkestone and Hythe. The symbol briefly visited Folkestone, setting up beside the Leas Pavilion with the memorial arch in the background as a reminder of the horrors of war, and then travelled to the Royal Military Canal in Hythe. Excitingly, the installation made it to the former home of the symbol’s original designer – Gerald Holtom, a nice touch on CND’s 60th anniversary. 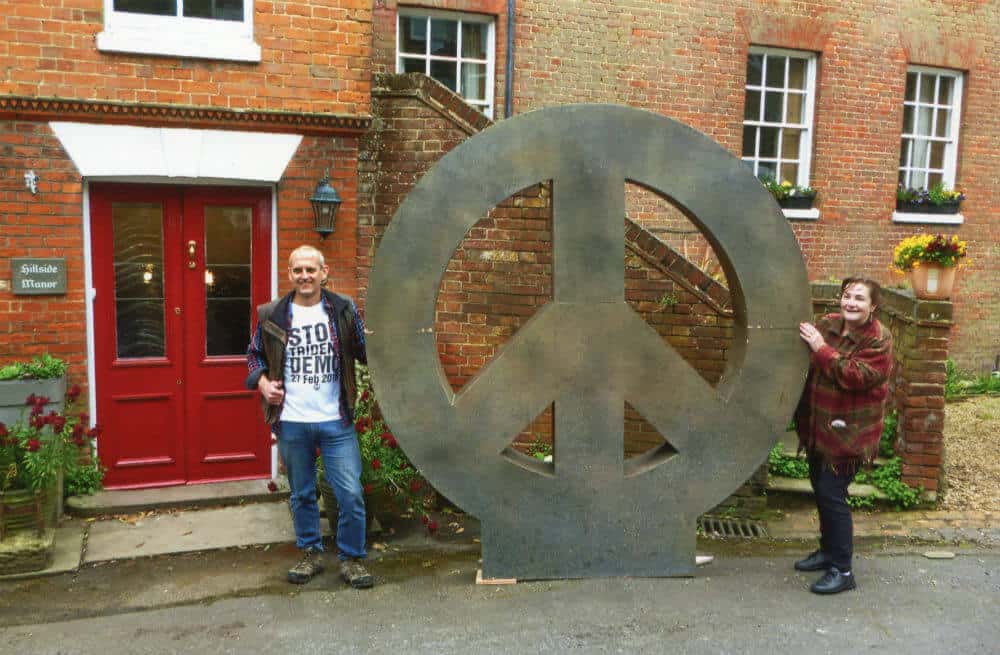 The tour was well-covered by local media, featuring in the Hawkinge Gazette, Kent Online, Kentish Gazette and the Dover Mercury.

Kent Area CND arrange events all through the year – if you would like to get in touch with the group, contact 07772 471905 or email pambrivio@ntlworld.com.