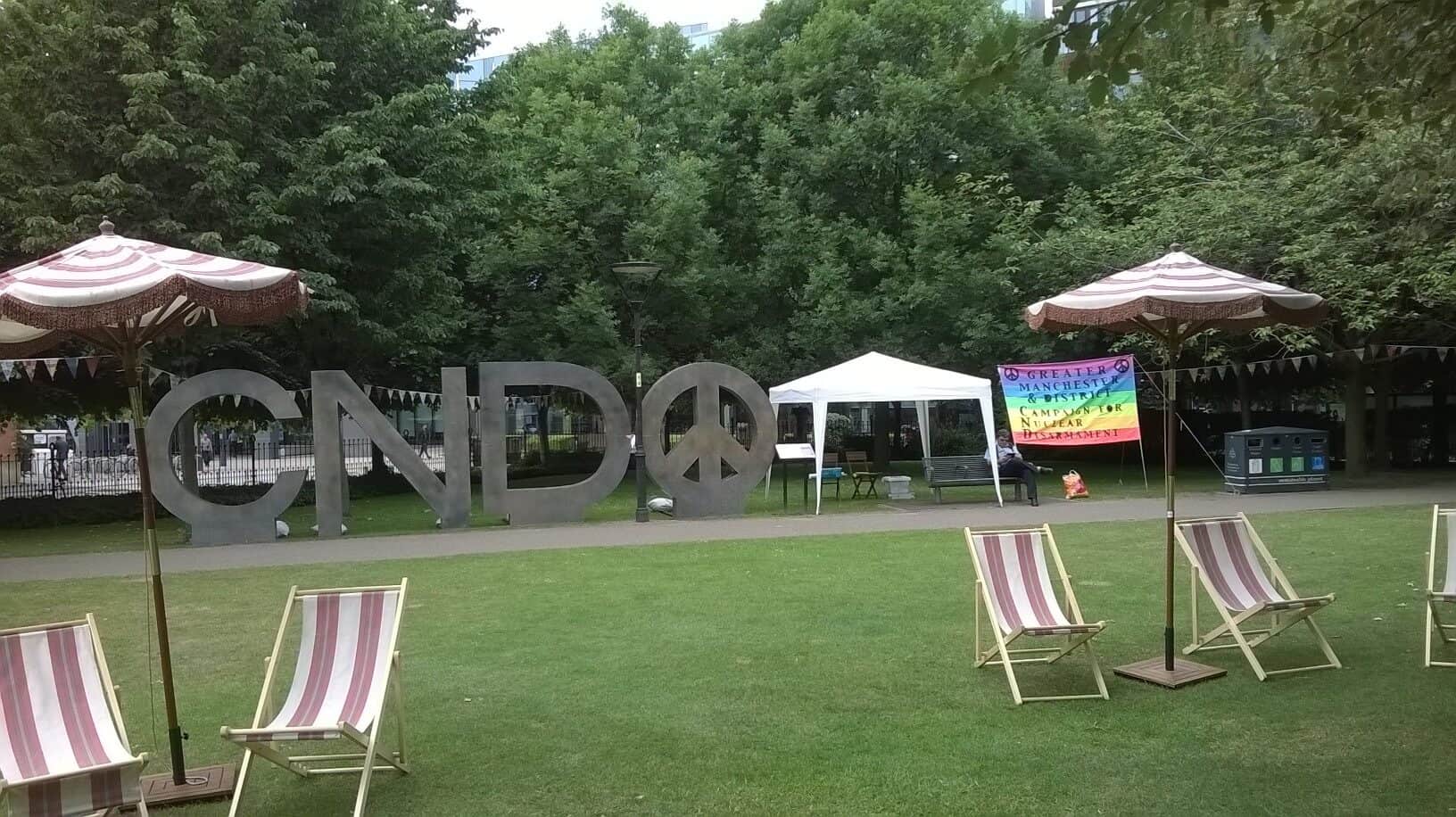 The symbol installation enjoyed two stops in Manchester. It was put on display first in front of the Friends’ Meeting House in the city, garnering a lot of attention and even a few new CND members, on the busy street.

It was then featured as part of Manchester Histories Festival, fitting in well with this year’s theme of ‘Protest, Democracy and Freedom of Speech’. Alongside the symbol, CND activists recreated speeches from the founding meeting of the organisation.

An image of the symbol also made it to the Manchester Evening News. 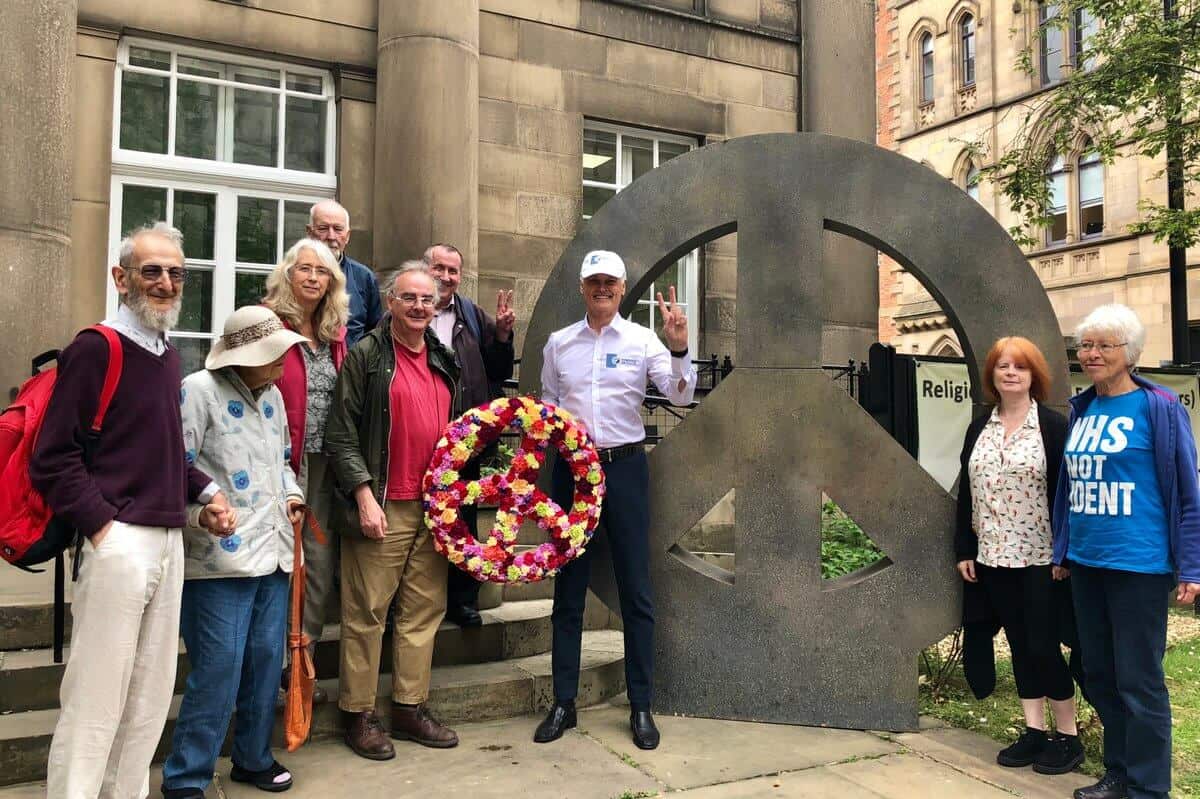 Thank you to Greater Manchester & District CND for hosting the symbol. The group arrange fantastic events throughout the year – if you would like to get in touch, contact 0161 273 8283 or email gmdcnd@gn.apc.org.