The Ukraine conflict has presented the existential threat of a nuclear war between NATO and Russia for the first time in decades. Political leaders must understand what this means and realise that a nuclear exchange would be catastrophic and must be avoided at all cost.

Between them, NATO and Russia have around 12,000 nuclear weapons – some over 100 times the power of the bomb dropped on the Japanese city of Hiroshima in 1945. 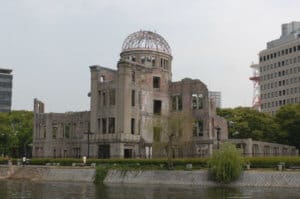 Nuclear weapons have been used twice, on the Japanese cites of Hiroshima and Nagasaki. Almost 350,000 people died as a result of the bombings, with many more suffering serious and debilitating injuries. This number would be far higher if a nuclear bomb was used now due to the higher destructive power of today’s weapons. The use of just a single nuclear weapon would mean catastrophic medical impacts, the incineration of cities and populations, the appalling deaths from radiation poisoning, and environmental damage to such a degree that millions across the globe could starve. 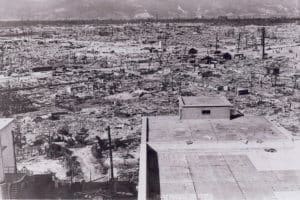 The possibility of nuclear war is the greatest for many decades.

End the conflict in Ukraine
Write to the Prime Minister
Your support goes a long way!
Donate
Get the latest updates on our campaign