The G7 is coming to Cornwall this June – and we must resist! Our message to the G7 leaders: ‘Stop militarism and war – use our resources to deal with the climate catastrophe, pandemics and inequality’.

CND is a member of the Resist G7 Coalition: local, national and international groups who’ve come together to build resistance and positive alternatives to the G7.  The coalition believes in a world where people and planet are put before profit and where wealth is shared equally and not pocketed by the 1%.

The G7 is a meeting of the world’s most powerful political leaders, leading a system that creates vast inequalities, both in the UK and around the world. The G7 countries are responsible for the vast majority of arms sales that take place globally and include a third of the world’s nuclear-armed powers. 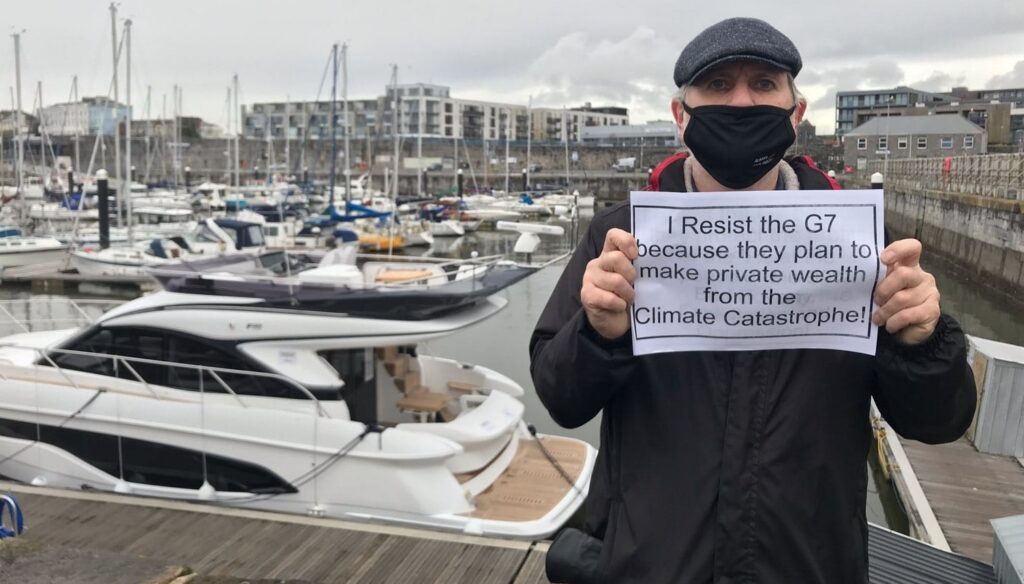