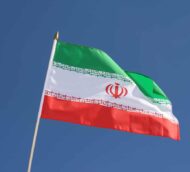 US President Donald Trump ordered the assassination of Iranian General Qasem Soleimani in January 2020, destabilising the Middle East region even further and undermining yet again the Iran nuclear deal agreed in 2015.

After a decade of talks, the Joint Comprehensive Plan of Action (JCPOA) achieved its central aim: Iran doesn’t have a nuclear weapons programme. But it’s now clear that Trump’s decision to withdraw the US from the JCPOA is part of a much wider agenda and is a serious threat to peace in the region.

This paper outlines the background to the deal, what was agreed in the negotiations and why it is now under threat.

Background
The United States helped launch Iran’s civil nuclear programme, supplying the country with a reactor fuelled by highly enriched uranium in 1967, during the reign of their ally Mohammad Reza Shah Tehran subsequently announced plans to build many nuclear power stations in the country but work was halted following the 1979 revolution. By the late 1980s however, work on the nuclear power stations was re-started, with support from Pakistan, China and Russia.

Iran has always maintained its nuclear programme is for peaceful purposes only. Some in the international community have doubted this position however, noting that the country has enriched uranium at a far higher level than is necessary for nuclear power and believing that Tehran has actually covered up the development of nuclear weapons.

The revelation in 2002 of undeclared nuclear facilities in Iran led to inspections by the International Atomic Energy Agency (IAEA) and negotiations with France, Germany and the UK. The Paris Agreement was signed in 2004, in which Iran agreed to suspend its nuclear activities. Cooperation broke down in 2005 however, leading to sanctions on Tehran and the country was referred to the United Nations Security Council (UNSC). Then President of Iran, Mahmoud Ahmadinejad, insisted on Iran’s sovereign right to develop its civil nuclear power capacity, ignoring further sanctions and UNSC resolutions and continuing to enrich uranium as well as building a heavy water production plant at Arak.

Negotiations and further resolutions continued over the following years, with China, Russia and the United States joining the talks (who along with the original negotiators Germany, France and UK are referred to as P5+1). Tensions increased even further in 2009 when Iran announced it intended to build more uranium enrichment facilities. However, by 2012, US and other intelligence agencies broadly agreed that Iran had given up its nuclear weapons programme in 2003, whilst keeping options open for its redevelopment in the future – maintaining a position of ‘strategic ambiguity’.

The situation changed following the election of a new Iranian President in the 2013 elections. Hassan Rouhani immediately announced his intention to work with the international community to ease tensions over his country’s nuclear programme. Following intense rounds of meetings, the JCPOA was signed by Iran and the P5+1 in July 2015, with the UNSC approving the deal a few days later.

The Agreement
The key points of JCPOA are as follows:

Uranium
Uranium can be used to make fuel for nuclear power plants, but it can also be used for nuclear weapons when enriched further. Iran will not enrich its uranium to a higher level than 3.67% (to reach a level considered weapons-grade, the level would need to be around 80-90%) and will reduce its current stockpile by 96% to 300kg, with the excess material sold on international markets, diluted or converted into fuel.

Plutonium
Much of the negotiations concentrated on a heavy-water facility the Iranians have been building near the town of Arak. Spent fuel from a heavy-water reactor contains plutonium, which can be used to make a nuclear bomb. But Iran will re-design the reactor, so that it cannot produce weapons-grade plutonium and have agreed not to build any more.

Inspections
The IAEA will take responsibility for monitoring Iran’s declared nuclear sites and will be able to request visits to any military site.

Sanctions
The sanctions imposed in an attempt to stop Iran’s nuclear programme have devastated the Iranian economy. The agreement allows Tehran to sell oil on international markets and participate in the global financial system. A ban on Iranian students studying nuclear physics will also be lifted, as well as overseas assets unfrozen.

Sanctions
The IAEA issued a statement in 2016 declaring Iran had fulfilled all of its obligations under the JCPOA, meaning international sanctions could start to be lifted.

This meant that at this time Iran had completed the following:
• shipped out over 12 tonnes of enriched uranium to Russia, thus reducing its stockpile to less than 300kg;
• removed over 13,000 centrifuges and associated infrastructure;
• removed and made inoperable the core of the Arak plutonium reactor;
• allowed the IAEA unprecedented access to sites in Iran.

The intention was for Iran to take further steps over the next few years in return for removing all remaining sanctions.

US withdrawal
However, despite the wholly positive outcome of the JCPOA, in 2018, President Trump announced US withdrawal. He began his speech: ‘Today, I want to update the world on our efforts to prevent Iran from acquiring a nuclear weapon’. These can only be seen as empty words, given that he was walking away from the deal that does just that. This decision makes Iranian nuclear weapons more likely not less and suggests that the withdrawal is intended – by the resumption of sanctions – to knock back Iran’s role as a significant regional power.

The US withdrawal drew condemnation from the other signatories, who expressed their determination to keep the deal in place despite the possible economic price the US would impose on foreign companies operating in Iran. However, in 2019, the Trump administration announced the end of the sanctions waiver that had applied to a number of countries, including China, India, Turkey, Japan and South Korea. Taken together with other economic and military pressures, this has put major pressure on Iran’s economy.

The International Monetary Fund (IMF) reported at the end of 2019 that Iran’s economy was expected to shrink by 9.5% in 2019 following the re-imposition of sanctions by the US. The value of Iran’s currency has since been pushed to record lows, its annual inflation rate quadrupled and foreign investment driven away. The IMF said that Iran had seen ‘a dramatic worsening of macroeconomic conditions’ since the reimposition of sanctions and had experienced ‘severe distress’.

The EU has taken some steps to mitigate Iran’s economic situation and save the JCPOA. The UK, Germany and France set up a new payments mechanism in 2019 to allow businesses to trade with Iran without being subject to sanctions. The system, known as Instex, is supposed to focus on ‘legitimate trade’ in goods ‘where the immediate need of the Iranian people is greatest’, for example food, pharmaceutical products and consumer goods not subject to sanctions.

Oil, Iran’s main source of foreign exchange, is not covered however, and it is thought so far that the payment system has done little to soften the impact of sanctions. EU countries need to improve and expand Instex, as the economic steps taken so far have been wholly inadequate.

Political assassination
In January 2020, Iranian General Qasem Soleimani, along with others, was killed in a US drone strike in Iraq. By ordering the death of one of Iran’s most powerful leaders, President Trump kick-started a crisis of his own making, resulting in Iran launching a reprisal missile attack on a US base in Iraq, followed by the US announcing even more sanctions on Tehran.

The assassination applied further political pressure on the JCPOA, with Iran announcing in the wake of the attack that it would no longer limit itself to the restrictions contained in the deal. This resulted in the UK, France and Germany (known as the E3) referring the matter to the JCPOA’s Dispute Resolution Mechanism.

Pressure by Trump
It is undoubtable that President Trump has used the crisis he initiated with the extra-judicial killing of Soleimani and the reintroduction of sanctions on the Iranian economy, to pressure the UK, Germany, France, Russia and China into breaking away from what he calls the ‘remnants’ of the deal. Commentators suggest that his opposition to the deal may be as an excuse to reimpose sanctions, as a preparatory step for war and regime change. Others believe he is simply set on destroying one of his predecessor’s most impressive foreign policy legacies.

Indeed, UK Prime Minister Boris Johnson has said he would support axing the Iran nucleal deal if a new deal could be negotiated by the US president. The Prime Minister also said in an interview that ‘the problem with the JCPOA is basically – this is the crucial thing, this is why there is tension – is from the American perspective it’s a flawed agreement, it expires, plus it was negotiated by President Obama.’

UK position
It is very alarming that the Prime Minister appears to be ceding ground to President Trump’s maximum pressure campaign, especially as his comments contradicted a joint statement published on the same morning as the interview by the E3 foreign ministers.

The statement said that the JCPOA plays a ‘key role’ in ‘upholding the nuclear non-proliferation regime’ and expressed ‘regret and concern at the decision by the United States to withdraw from the JCPOA and to re-impose sanctions on Iran.’

A motive for Boris Johnson’s shift in position was suggested by one of President Trump’s allies, Richard Goldberg, an ex-member of the White House national security council. He said that if Britain sticks with the JCPOA, it will weaken the Prime Minister’s negotiating position in US-UK trade deal talks.

But it would be a further act of diplomatic vandalism for the UK to cave in to President Trump’s dangerous demands, and brazenly opportunistic to do so in the interests of a trade deal. Nuclear proliferation and war are the likely outcomes.

Conclusion
The responsibility for the unravelling of the Iran nuclear deal lies at Trump’s door. It began with the US withdrawal in 2018, at a time when Iran was in full compliance with the deal.

With increased economic pressures on Iran, and the assassination of an Iranian General, it seems tensions are being ratcheted up ready to make the case for a new war. It is essential that the other JCPOA signatories step up to the plate and meet their financial commitments to the deal. They must not allow Trump to bully them into the destruction of a crucial diplomatic achievement that has done so much to resolve a longstanding and contentious issue.

The UK government should do all it can to save the deal and prevent further steps towards war on Iran. The measures to alleviate the effects of sanctions on the Iranian economy must be strengthened urgently and the JCPOA must not be used as a bargaining chip in the trade negotiations with the United States.