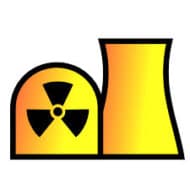 What is nuclear power and how much of it does Britain produce?

Nuclear power is the production of energy through a controlled nuclear reaction.  Britain has 16 nuclear reactors generating 19% of our electricity, which is 7% of the country’s total energy needs. But almost half of this capacity is due to shut down in the next decade or so.

Are there plans to build more in that case?

The government set out plans in 2013 to build at least 12 new nuclear reactors at five sites by 2030. These will be at Hinkley Point, Sizewell, Wylfa, Oldbury and Moorside.

How have things progressed since that announcement?

Very slowly. The UK government did finally sign an agreement in 2016 to build a new power station at Hinkley, although it did have to agree to heavily subsidise the project. The government will guarantee that the company operating Hinkley C will be paid a minimum price for electricity from new nuclear plants: if the market price falls lower than this ‘strike price’ then a surcharge will be added to customers’ bills. The guaranteed price has been agreed at a level much higher than today’s wholesale energy price, causing many financial experts to criticise the deal as ripping off the UK tax-payer.

The government has also recently confirmed that taxpayers will pay for insurance in case of accidents. In addition, we will probably have to pay for increased coastal defences because new nuclear power stations are likely to be built on old coastal sites identified as being at increased risk of flooding.

But isn’t it worth the cost if we need nuclear power to stop climate change?

Nuclear power is not the answer.

Nuclear power stations do produce less carbon emissions than coal or gas-fired power stations. But when the whole nuclear power cycle is taken into account (including uranium mining, processing, transportation, power station construction and decommissioning), renewable sources of energy and energy efficiency measures and technologies produce far less emissions. Moreover, the world only has a limited amount of high quality uranium ore, maybe not more than 50 years’ worth if there is a global increase in the production of nuclear power. Mining lower quality ore will increase carbon emissions because it is more difficult to extract and thus requires more energy.

But what’s the alternative?

Renewable energy sources are already making a difference and, despite significantly less financing than nuclear power, the technology is rapidly advancing. Renewable energy sources made up nearly nine-tenths of new power added to Europe’s electricity grids in 2016 with windfarms accounting for more than half of the capacity installed. The UK has more than enough wind and tidal power potential to meet our energy needs.

Nuclear power has uniquely serious risks associated with it including the proliferation of nuclear weapons, the toxic qualities of nuclear waste and the absence of any safe storage space for it, and the possibility of nuclear accidents. Having more nuclear power stations in the world leads to more nuclear materials being transported. This means there is a higher risk of an accident occurring, of radioactive materials falling into the hands of terrorists, an increase in the number of nuclear targets and the risk of nuclear weapons proliferation.

An earthquake and tsunami hit Fukushima nuclear power plant in Japan in March 2011. The earthquake caused the reactors at the plant to shut down automatically, activating the emergency generators. But the tsunami which followed the earthquake flooded the rooms in which the emergency generator was housed, cutting power to the pumps which circulate cooling water to stop the reactors from over-heating. The explosions which followed released radioactive materials into the atmosphere. It is only the second incident ever to be classified as a Level 7, the highest possible, on the International Nuclear Event Scale.

At the time, a 12-mile compulsory evacuation zone was designated around the plant with those living closest evacuated and others instructed to stay indoors. About 160,000 people were ordered to move out of their homes. It has still not been deemed safe enough for tens of thousands of people to return to their homes.

Have there been any other major accidents?

The most infamous nuclear power disaster happened at Chernobyl in the Soviet Union in 1986 where a reactor exploded and burned for over a week. Radioactive fallout from this accident was detected over large parts of the world and all over western Europe, especially in Cumbria, Wales and Scotland. Hundreds of thousands of deaths and illnesses are likely to have been caused by the radioactive fallout, although the numbers are disputed.

The UK hasn’t been immune either. One of the two reactors at Britain’s first nuclear plant, Windscale in Cumbria, caught fire and burned for two days in 1957, dispersing poisonous radioactive smoke over Britain, Northern Ireland and northern Europe. Radioactive fallout was identified as far away as Norway, Belgium and Germany. Final decommissioning of the site is still several decades away.

However small the probability, there is always the possibility of accidents occurring. Human error and mechanical failure can never be ruled out. And it is not just accidents that we need to worry about. Nuclear power stations are permitted routinely to release low levels of radioactive emissions into the environment but there is a risk that even small amounts of radiation exposure may be harmful. Research has shown evidence of increased rates of cancer around nuclear power stations.

What about the waste?

There is no safe way to dispose of the enormous amount of highly radioactive and toxic waste that is produced by nuclear power stations. The government is intending to construct an underground storage facility for the waste, but it has so far been unable to secure a location as communities in potential locations protest against being the dumping ground. No one is even sure if an underground container would retain its structural integrity over thousands of years, especially when the possibility of future geological events like earthquakes is taken into account.

What is the link between nuclear weapons and nuclear power?

That’s the danger. Because countries like the UK are promoting the expansion of nuclear power, other countries are beginning to plan for their own nuclear power programmes too. But there is always the danger that countries acquiring nuclear power technology may subvert its use – as we did in the past – to develop a nuclear weapons programme. Nuclear materials may also get into the wrong hands and be used to make a crude nuclear device or ‘dirty bomb’.

That would be terrifying. Is there a real risk of terrorists getting hold of nuclear material?

The government identified a malicious release of radioactive or chemical substance as a risk in its 2015 National Security Risk Assessment, meaning that it is taking the threat seriously. It was revealed in 2015 that a so-called Islamic State of Iraq and the Levan (ISIS) cell in Brussels had kept a senior Belgian nuclear scientist under video surveillance. There has been a series of security scares in relation to Belgium’s nuclear infrastructure over the past couple of years, including the discovery that staff at a nuclear power station had links to ISIS.

Nuclear power has obvious dangers. Is it realistic to stop its production?

It is the only sensible way forward as the cost of producing renewable energy continues to fall, and it also has popular support. A 2016 survey by the Department of Energy and Climate Change showed only 38% of people support nuclear energy, with 81% in favour of renewables.

We need a safe, genuinely sustainable, global and green solution to our energy needs, not a dangerous diversion like nuclear power.