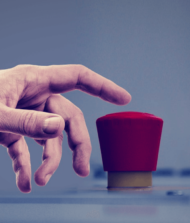 Many supporters of the UK’s nuclear weapon system use the following justifications for replacing Trident. CND dispels these unfounded but often repeated myths.

We need them for our security

The main security threats we face today, as stated by the government in its latest National Security Strategy, are terrorism, cyber-attacks, pandemics and climate change. Investing billions in nuclear weapons diverts funds away from addressing these priorities.

There are many experienced military and political figures who confirm that nuclear weapons are not strategically useful. Former Conservative Defence Secretary Michael Portillo has described Trident as ‘completely past its sell-by date’. Senior military figures, including the former head of the British Armed Forces agree, describing our nuclear weapons as ‘completely useless’ and ‘virtually irrelevant’.

This is the false belief that we will dissuade an ‘enemy’ from attacking if they know that we could retaliate with nuclear weapons.

During the Cold War, the United States and the Soviet Union may have avoided a direct war but that didn’t prevent their involvement in wars in Vietnam, Korea, Afghanistan and elsewhere. Possession of nuclear weapons did not prevent US defeat in Vietnam or Soviet defeat in Afghanistan. Since the first nuclear weapon was used in 1945, we have seen more wars than ever before. Hundreds of conflicts have taken place across the world, including in Europe, over the last seventy years.

We have also been dangerously close to nuclear war on at least 25 known occasions. Robert McNamara, the United States Secretary of State for Defence during the Cuban Missile Crisis, said ‘we have been very lucky’. This luck will not last forever.

While no technology is ever ‘un-invented’, we regularly see an end to use or production, particularly where a technology is outlawed for humanitarian or legal reasons, such as the case of cluster bombs.

No one has ever given them up

12 countries have either got rid of their nuclear weapons or abandoned research programmes, including South Africa, Belarus and Kazakhstan.

They are good value

A new nuclear weapon system is expected to cost at least £205 billion over its lifetime, a staggering figure. While the government is happy to cut funding to crucial public services, it is refusing to even consider scrapping this weapon of mass destruction. The money spent on Trident could be used to improve the NHS by building 120 state of the art hospitals and employing 150,000 new nurses; build three million affordable homes, install solar panels in every home in the UK or pay the tuition fees for eight million students.

They are good for jobs and the economy

Replacing Britain’s nuclear weapons system sustains only a small number of jobs in relation to the money spent.

Around 11,520 civilian jobs are directly dependent on Trident. Each worker could be given a cheque for £1 million for a cost of £11.5 billion. A little more than one-twentieth of the entire cost of replacing Trident would have been used. £205 billion can be used far more effectively to create well-paid jobs than wasting it on replacing Trident.

By simply re-directing a proportion of the money allocated to the Trident replacement programme to other industries, it would be possible to create many more, highly specialised and well-paid jobs.

And in the short-term, employees would still be needed for decommissioning, even if Trident was scrapped.

Our nuclear weapon system is neither politically or technically independent. It has been assigned to NATO since the 1960s, meaning Trident could be used against a country attacking – or threatening to attack – one of the alliance’s member states.

The system is also dependent on US technical support. The UK does not own its missiles; rather they are leased from the USA. The British submarines must regularly visit the US base in Kings Bay for the maintenance and replacement of these missiles. The UK warhead is a copy of the US one, with some components directly bought from them. While the submarines are made in the UK, a lot of the components are bought from the US.

Even putting aside the moral argument of whether killing thousands of innocent civilians to save thousands more can ever be justified, research shows that it was not necessary to drop the atomic bombs on Hiroshima and Nagasaki to end the Second World War. Extensive work by academics tells us that Japan was already trying to surrender, under the same terms which they agreed to in August 1945.

British Prime Minister at the time Winston Churchill agreed with this assessment. He said: “It would be a mistake to suppose that the fate of Japan was settled by the atomic bomb. Her defeat was certain before the first bomb fell and was brought about by over-whelming maritime power.”

Most people think we need them

Politicians and military figures have publicly declared their opposition to replacing Trident. Senior figures in the armed forces have said Trident is ‘completely useless’ and concern is growing in the military over its impact on the MoD’s ability to fund conventional defence forces. Former defence ministers have also expressed opposition. Des Browne has called for the end of constant patrols by nuclear-armed submarines while Sir Nick Harvey MP has said it is ‘complete insanity’ that our defence strategy should be based on a Cold War premise of the ability to ‘flatten Moscow’.

Many elected representatives from across the political spectrum are openly questioning the rationale for like-for-like replacement of Trident, including the leader of the Labour Party. Trade unions – including UNISON, the UK’s largest – are also calling for Trident to be scrapped.

The UK is committed to multilateral disarmament through the nuclear Non-Proliferation Treaty (NPT), which it signed in 1968. This Treaty commits its signatories to negotiate the elimination of all nuclear weapons. So far however, Britain has not played a particularly constructive role in the process.

The most important initiative the UK could take to encourage international disarmament is to lead the way by deciding not to replace Trident. However, the government’s intention to replace the system means committing the UK to maintaining an arsenal of nuclear weapons for decades to come. That is not in line with the UK’s obligation as an NPT signatory to ‘pursue negotiations in good faith on…nuclear disarmament’.

We would never use them

£205 billion is a huge amount of money to spend on a weapon that is never likely to be used. But the truth is that even their existence poses the risk of accidents or the weapons falling into the wrong hands. We know of 68 accidents or serious errors involving nuclear weapons, including 13 occasions when they were lost. It would only take one incident, one detonated bomb, to create unspeakable suffering and grave political repercussions.

We need them to keep our status in the world

We need them because ‘rogue states’ are getting them

No one wants to see more countries getting nuclear weapons. But that is what is going to happen if a small number of very powerful countries – the UK and others – insist that they need them for their security. Other countries will come to the same conclusion. Possession of nuclear weapons by some when others are not allowed to have them is seen by many as a provocative double standard. No country has the right to have nuclear weapons and the only safe way forward is global disarmament. That can only happen if the nuclear states are willing to give up their weapons.

If we go ahead with Trident replacement, we are rearming for another thirty to forty years. That sends a message that nuclear weapons are necessary, powerful and desirable. Unstable or isolated states are more likely to seek nuclear weapons in this context. Their behaviour is often the result of complex regional problems or of a history of hostile external intervention or exploitation. These issues are best resolved through diplomacy and political negotiation on the basis of equality and mutual respect – not on the basis of having the capacity to destroy them many times over.