One of CND’s annual highlights is taking our campaign for a world without nuclear weapons to hundreds of thousands of people at Glastonbury Festival.

Glastonbury Festival was founded in 1970 by CND supporter Michael Eavis. The event was even named the ‘Glastonbury CND Festival’ between 1981-1990. In 1981 the Pyramid Stage was rebuilt with the CND symbol taking pride of place at the top. Glastonbury Festival became the biggest source of funding for CND during the 1980s, bringing in £100,000 for us at the 1986 festival alone!

This relationship continues today, with CND enjoying lots of support from festival goers.

The festival is an important part of CND’s campaigning calendar, providing a welcoming place for us to speak to thousands of people, both in person and through our annual slot on the Pyramid Stage. Throughout the years, many musicians and celebrities have supported our campaign.

We had a fantastic time at Glastonbury 2022, with our festival tshirt selling out before the bands had even started! We also gathered with all the local CND groups at the festival for a No Nuclear war photo opportunity in front of the iconic Pyramid Stage. 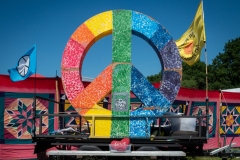 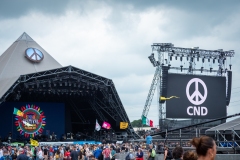 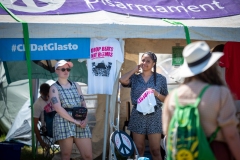 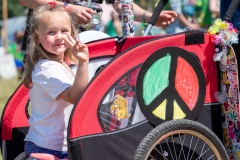 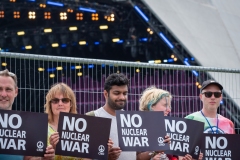 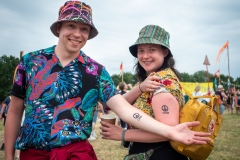 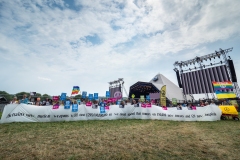 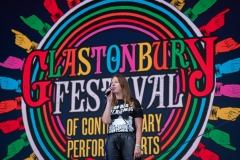 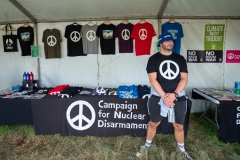 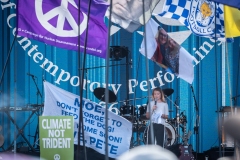 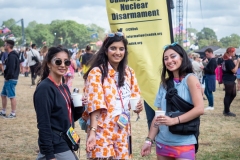 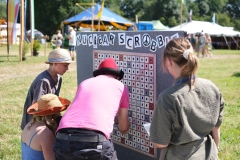