Given the devastating power and destructive force of nuclear weapons – and the radioactive nightmare that they produce – how did they come to be invented in the first place? Surely it would have been better if the technology had never been developed? Many scientists working in the early years of the 20th century warned of the potential dangers of atomic power unleashed. HG Wells even wrote a science fiction novel in which a devastating war was fought with atomic weapons. Yet despite these fears and warnings, scientists did not hold back from working on atomic power. It seems obvious with hindsight that the bomb should not have been produced and, indeed, a number of scientists who worked on the atom bomb deeply regretted it afterwards. Tragically, however, the scientific breakthroughs that put atomic bomb production within the realms of fact not fiction came on the eve of World War II. During the war a nuclear weapons race was on, with the US and UK both urgently seeking to produce an atomic bomb before the Nazis produced their own. 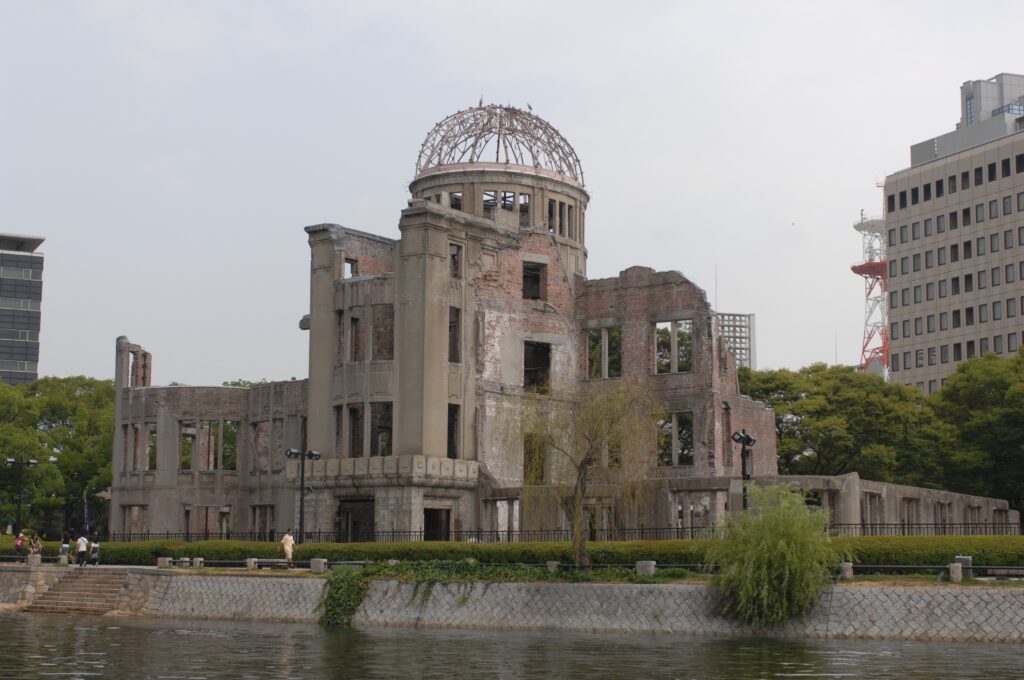 By the end of 1944, however, it was clear that Germany was not going to succeed in making an atom bomb. In these circumstances, scientists such as Joseph Rotblat, who had seen the development of the atomic bomb as a necessary evil in the arms race to defeat Hitler, now left the Manhattan Project which was working to make the bomb. Others tried to alert politicians to the dangers ahead. But top politicians pressed for the rapid completion of the bomb. As Rotblat himself later pointed out, ‘There is good reason to believe that the destruction of Hiroshima and Nagasaki was not so much the end of the Second World War as the beginning of the Cold War, the first step in a fateful chain of events, the start of an insane arms race that brought us very close to a nuclear holocaust and the destruction of civilisation.’

In May 1945, the Germans were finally defeated and the war in Europe ended. Many of those involved in the Manhattan Project felt that it was no longer necessary to continue and that the scientific discoveries could be turned to peaceful purposes. Although the war continued in Asia against Japan, it was known that whilst the Japanese had a small atomic research project, they had no uranium, so there was no atomic threat on that front. Nevertheless, on 16 July 1945, the US carried out the first ‘A-bomb’ (atomic bomb) test in the desert at Alamogordo in New Mexico – known as the ‘Trinity Test’. The blast was everything the scientists feared and the political and military leaders had hoped. As a result many atomic scientists signed a petition calling on the US president not to use the atomic bomb against Japan without demonstrating the power of the bomb to them first and so giving them the chance to surrender. The petition was ignored and suppressed.