CND condemns the return of US nuclear weapons to RAF Lakenheath in Suffolk: join our campaign to stop this extremely dangerous and destabilising development!

Get involved: no US nukes on UK soil

US nuclear weapons look set to return to RAF Lakenheath, a base in the UK that is run by the US. Their return will only increase global tensions and put Britain on the frontline in a NATO/Russia war.

The UK government can stop this from happening. If we show enough public resistance we can press them to reject these plans and prevent these terrible weapons from making us a target.

The US Department of Defense has added the UK to a list of NATO nuclear weapons storage locations in Europe being upgraded under a multi-million dollar infrastructure programme. This means that US nuclear weapons will be coming to RAF Lakenheath. Find out more.

110 nuclear bombs were stored at the airbase but they were removed by 2008 following persistent popular protest. Without public opposition, led by CND, they would still be here today. We stopped these weapons before – will you help us stop them again?

Hundreds of CND supporters from across the UK and beyond have gathered at RAF Lakenheath to protest this possible return over the past few months, notably for national demonstrations in May and November. Our message to the government has been made loud and clear: US nuclear weapons are not welcome back in Britain, and we will campaign with all our might to prevent their return.  We have also condemned the  government’s failure to come clean to MPs about what is going on – the Ministry of Defence initially told Parliamentary CND that they could neither confirm or deny the reports: that it was US Department of Defense business. CND made it clear that we will show the same persistence in opposing US nuclear weapons sited at the base as we did before 2008 – until they are removed from Britain. 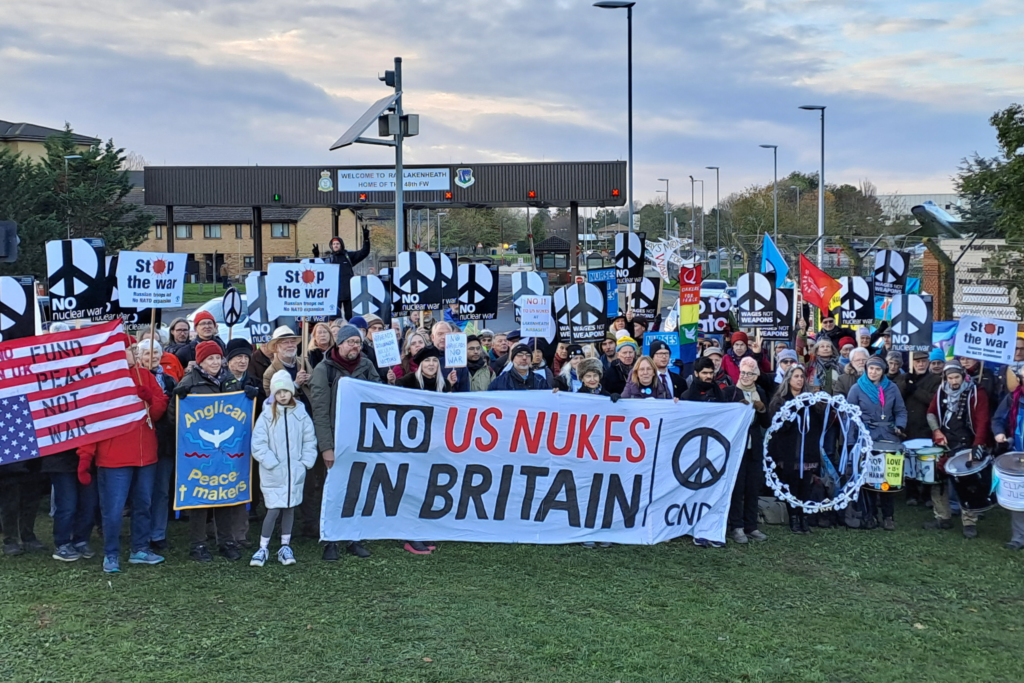 The return of US nuclear weapons to Britain – along with the upgrading of its nuclear weapons across Europe – constitutes a further undermining of prospects for global peace. The US is the only country to locate its nuclear weapons outside its own borders and this major increase in NATO’s capacity to wage nuclear war in Europe is dangerously destabilising and must be opposed. 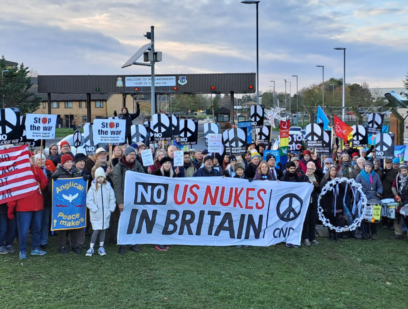 Get involved: no US nukes on UK soil
Add your name
Your support goes a long way!
Donate
Get the latest updates on our campaign
Manage Cookie Consent
To provide the best experiences, we use technologies like cookies to store and/or access device information. Consenting to these technologies will allow us to process data such as browsing behaviour or unique IDs on this site. Not consenting or withdrawing consent, may adversely affect certain features and functions.
Manage options Manage services Manage vendors Read more about these purposes
View preferences
{title} {title} {title}