CND has launched a new briefing looking at what the new treaty banning nuclear weapons will mean for the UK, along with The Acronym Institute and Nuclear Information Service.

Nuclear Weapons are Banned! What does this mean for Britain? – read briefing

The Treaty on the Prohibition of Nuclear Weapons (TPNW) officially becomes international law on January 22nd, making nuclear weapons illegal in the countries that sign it.

As the terms of the TPNW only apply to the countries that have signed and ratified the agreement, what does this mean for the UK? Shamefully the UK government refused to even participate in the treaty talks and now says it will never sign.

CND Vice-President Dr Rebecca Johnson has looked into this very question in this report, which is drawn from a more comprehensive report that will be published soon.

The treaty is a significant pointer towards changing international attitudes to nuclear weapons and a breakthrough in international disarmament efforts. 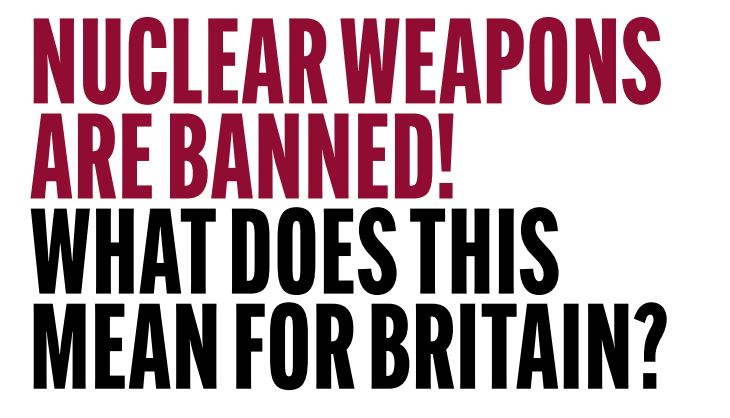