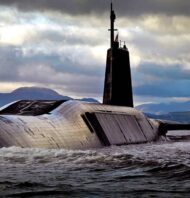 Why did Britain find itself so signally unprepared for the coronavirus, with insufficient equipment, staff and infrastructure to serve – and save – its people? That is the question so many of us are asking, and government does not answer. If the pandemic threat had been completely unexpected then maybe the situation would be understandable. But that just isn’t the case.

For some years, pandemics have been designated tier one threats to our security. Successive governments have identified such human health crises as needing the highest level of concern and planning. Yet the necessary level of investment has not been put into preparing for this major risk. After a decade of austerity, we are all aware of the inadequate funding of our NHS; the situation is bad enough in ‘normal’ times but during the coronavirus crisis it has had disastrous consequences.

But we don’t have to look far to see what has gone wrong when it comes to security policy and spending. The last two security strategies have designated nuclear weapons as a tier two threat. Yet at the same time the governments that produced those risk assessments chose to automatically pour money into a new nuclear weapons system to ‘meet’ this lower level threat, leaving the health system chronically underfunded.

Out of this catastrophe we need new thinking from the government, to meet the real challenges our society faces. Pandemics will continue to shape and limit our lives; the climate crisis worsens; a deepening economic crisis is unfolding; water and food insecurity – these are all major security problems. But our government’s capacity to deal with them is hindered by massive wasteful spending on nuclear weapons: the money wasted on them must be re-allocated to meet our real needs.

The submarines which carry Britain’s nuclear weapons will need to come out of service from the early 2030s.  The government is building four new submarines – the Dreadnought class – to take their place and eventually replace the entire Trident system. This new nuclear weapons system will cost at least £205 billion and will mean Britain remains a nuclear-armed state – at huge public expense – for decades to come.

This will have major consequences, not least for our security. The decision on whether or not to replace Trident should be taken on the basis of what will most contribute to the security of the British people. This report will argue that nuclear weapons do not make us safe. Opposition to these weapons of mass destruction is increasing and broadening as the debate goes on.

It is striking how many contemporary security threats are actually non-military, suggesting that security should be conceptualised in a new way. In fact, overwhelmingly the security threats we face stem either from the problems arising from climate change or from twentieth century politics – imperialism and the cold war. We have to find collective ways – internationally – to resolve and move beyond these problems, or we’ll have no world left to fight over.

We need our politicians to understand that basing our national security on the game of bluff known as ‘deterrence’ is absurd, and so too would be building enormous submarines that may fall prey both to cyber-attack via their computer systems and to physical attack via underwater drones.

This report looks at all the reasons why nuclear weapons don’t keep us safe; why they are not the answer to the country’s security. It looks at a range of issues including the actual security threats we face today; how technology could soon make our nuclear weapons system redundant; the nuclear accidents that have made the world less safe; and considers what impact a nuclear war would have on the planet.

The last few months have turned the world upside down. The coronavirus pandemic has changed our lives in an unprecedented fashion and it is clear there can be no going back to the way things were before. This is the time for a new vision of society, and nuclear weapons have no part in it.

Download CND’s Security not Trident report for a full assessment of why nuclear weapons do not make us more safe: click button on the left.