The more people that get involved in CND’s campaign for a world without nuclear weapons, the louder our voice. So what can you do today?

Get your town signed up to a nuclear ban
The Treaty on the Prohibition of Nuclear Weapons (TPNW) entered into force in 2021. Countries across the world support this historic agreement which bans nuclear weapons in participating states. Towns and cities around the world – including Washington, Paris, Edinburgh and Manchester – are bypassing their governments’ opposition and becoming Nuclear Ban Communities as they sign up to support the TPNW. Find out how you can campaign to make your area a Nuclear Ban Community.

Protest US nukes coming to Britain
CND condemns the return of US nuclear weapons to RAF Lakenheath: join our campaign to stop this extremely dangerous and destabilising development! Save the date – join our next action at the base on September 17th! 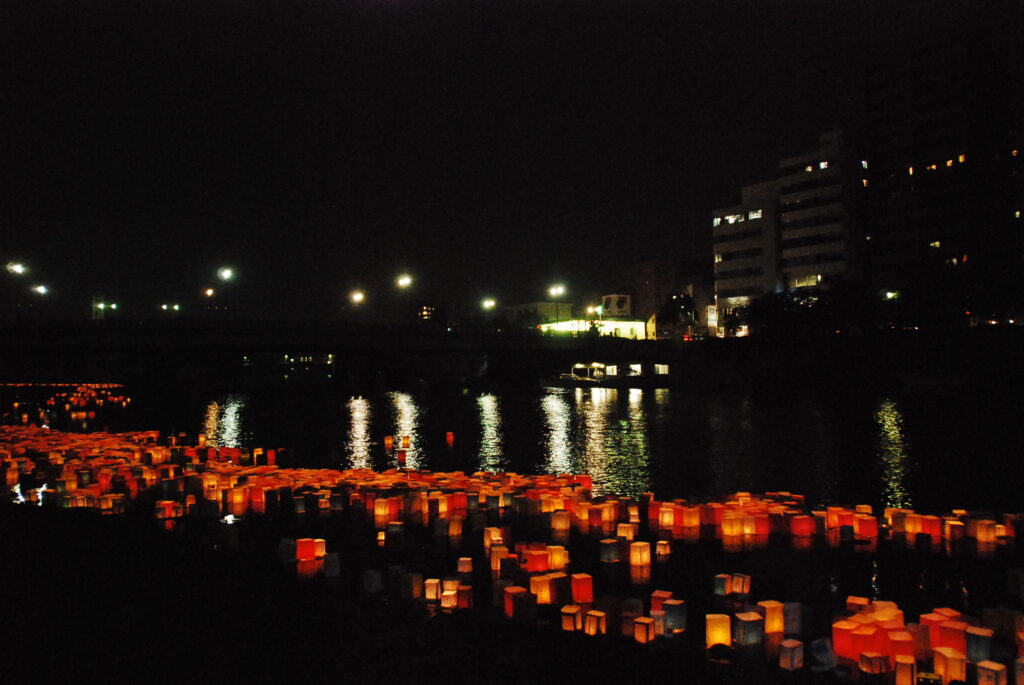 Lanterns lit in remembrance at Hiroshima

Join CND
CND is a movement that campaigns for a world without nuclear weapons, so that we’ll never see another Hiroshima or Nagasaki again. Join us today to be a part of this work.

As we commemorate the bombings of Hiroshima and Nagasaki, let’s remember what a nuclear bomb can do and pledge to work together to make sure no one else ever suffers the same pain and devastation.